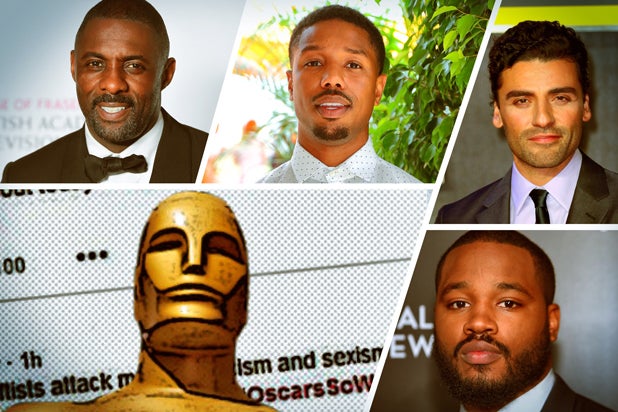 Actors Michael B. Jordan, Oscar Isaac and Regina King and directors Ryan Coogler and Cary Joji Fukunaga are among the record 683 people who will be invited to join the Academy of Motion Picture Arts and Sciences as part of the largest and most diverse class of new invitees ever.

The list of names invited to join was released on Wednesday by the Academy, after the Board of Governors met on Tuesday night to review and vote on the slates of prospective new members submitted by committees from each of the Academy’s 17 branches.

Lana and Lilly Wachowski, the transgender sisters who made “The Matrix” as men, were also invited.

The Directors Branch issued 91 invitations, most of any branch. The Short Films and Feature Animation Branch was second with 88, followed by the Actors Branch (the Academy’s largest branch) with 69.

The list of new members, by far the largest the Academy has ever announced, includes 283 new international members from 59 countries. According to figures released by the Academy, 46 percent of the new invitees are women and 41 percent are people of color, far higher percentages than usual.

Prior to this year, the largest number of announced invitees was 322 in 2015. The Academy has been releasing the names of those it invites to join for more than a decade, though it does not reveal the rare cases in which a prospective member may decline the invitation.

Scrutiny of this year’s invitations is particularly intense, because the Academy has made a point of trying to change the makeup of an organization that is about 90 percent white and 75 percent male.

In January, responding to the #OscarsSoWhite controversy caused by two consecutive years of all-white acting nominees, the board voted unanimously to adopt a series of changes to meet the stated goal of doubling the number of diverse members by 2020.

As part of that push, according to an AMPAS press release, “the Academy will supplement the traditional process in which current members sponsor new members by launching an ambitious, global campaign to identify and recruit qualified new members who represent greater diversity.”

Doubling the number of “diverse members” by 2020 will probably entail adding at least 500 minority-race members and 1,500 female members over the next five years.

In recent years, the number of women invited to join the Academy has ranged from 20 to 30 percent, with the number of minority invitees typically falling under 15 percent. Last year, less than a third of the invitations went to women or non-whites.

As of December 2015, when the voting rolls were prepared for the 88th Academy Awards, AMPAS had 7,152 total members, of which 6,261 were active, voting members.

Each branch sets its own requirements for membership, ranging from a minimum number of screen credits to a certain number of years of continuous work in the field.

Also Read: What Does It Take to Vote for the Oscars?

The Academy’s 17 branches are currently examining their membership rolls to determine if any members are inactive to the degree that they should be transferred to emeritus, non-voting status. The number of members who will lose voting privileges is expected to be small.

Here is the complete list of potential new members. Note: An asterisk indicates a member who was invited to join more than one branch. That member must choose a single branch to join.