The Academy needs to create new revenue streams that do not rely on the Oscars show, but it also needs to bring the Oscars to a position of “power, honorability and importance,” Academy leaders told the organization’s membership in an all-members meeting on Saturday.

The meeting, led by new Academy CEO Bill Kramer and new president Janet Yang, took place in the Academy Museum of Motion Pictures and was available to be attended virtually by members not in Los Angeles.

In some ways, the gathering was reminiscent of the all-members meeting held by then-president Hawk Koch and CEO Dawn Hudson in May, 2013, which took place simultaneously in Los Angeles, New York and San Francisco. At that point, the Academy consisted of about 6,000 members and was predominantly white and male; the #OscarsSoWhite protests had yet to push the organization to become more diverse, while the Academy Museum was in the planning stages.

This year’s meeting came at a time when the Academy has expanded to 10,627 members, more than doubling the number of women and people of color and including a very large international contingent. The Academy Museum is now open, but moviegoing is suffering a sharp downturn in theatrical exhibition caused by the COVID-19 pandemic, and the Academy is reeling from a steady downturn in ratings for the Academy Awards. 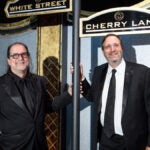 When he discussed the Oscars, Kramer admitted, “clearly there is a need to reinvigorate the show” and pointed out that surveys said that only 20% of liked this March’s ceremony, which included Will Smith walking onstage and slapping presenter Chris Rock.

He didn’t go into specifics about how the show could be reinvigorated, but offered several broad areas of focus, including creating a dedicated team devoted to the Oscars within the Academy and continuing theatrical requirements for eligibility.

Kramer admitted that many members had raised questions about this year’s decision to hand out awards in eight categories before the telecast began, awkwardly editing those presentations into the live broadcast. “Determining how to best honor all craft areas on air – so many of you wrote in with questions about this and we are hard at work with our producers and Disney-ABC,” he said. 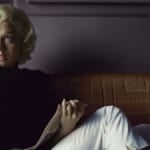 Also Read:
From ‘Blonde’ to ‘Gutsy': The Most Anticipated Book Adaptations Heading to Screens in September

For her part, Yang addressed the makeup of the Academy’s membership, which is now 34% female, 19% from “underrepresented ethic and racial communities” and 23% from outside the United States.

Yang and Kramer also spoke about the Academy’s Inclusion Standards, in which films will need to reach certain diversity benchmarks in order to qualify in the Best Picture category beginning in 2024. “Our goal is not to disqualify any films, rather to celebrate and encourage our collective progress towards greater representation and inclusion in the industry,” Kramer said, adding that all 10 of this year’s Best Picture nominees would have qualified under the standards.