The phrase “they don’t make ‘em like that anymore” has been used plenty of times to refer to movies, but you can certainly use it to describe movie posters as well.

For evidence, turn to the exhibit which opens on January 23 in the Grand Lobby Gallery at Academy headquarters in Beverly Hills.

In another attempt to remind movie fans that the move to 10 best picture nominees has a precedent, the Academy is showcasing 80 different original posters for films that were in the running for the top Oscar between 1936 and 1943, eight years during which the Academy annually nominated 10 films. 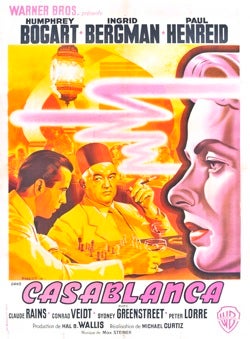 The exhibit, which will run for the next three months and is titled “The More the Merrier: Posters from the Ten Best Picture Nominees, 1936 – 1943”, includes the work of designers and illustrators and artists including Norman Rockwell and Al Hirschfeld. It also includes rarities, including the only known three-sheet posters for “The Great Ziegfeld” and a British cinema display for “The Lost Horizon.”

Can this year’s 10 nominees boast posters as striking? Well, “Precious” had a couple of good posters …

Details from the press release:

Beverly Hills, CA —“The Wizard of Oz,” “Citizen Kane” and “Casablanca” will be among the 80 Best Picture nominees represented in the Academy of Motion Picture Arts and Sciences’ new exhibition “The More the Merrier: Posters from the Ten Best Picture Nominees, 1936 – 1943,” opening on Saturday, January 23, in the Academy’s Grand Lobby Gallery in Beverly Hills. Admission is free.

Focusing on the eight consecutive years during which there were annually ten Best Picture nominees, the exhibition will showcase what are arguably some of the most striking movie posters ever created, including artwork for “Romeo and Juliet” (1936), “A Star Is Born” (1937), “Jezebel” (1938), “Stagecoach” (1939), “The Philadelphia Story” (1940), “The Maltese Falcon” (1941), “The Pride of the Yankees” (1942) and “Heaven Can Wait” (1943). Key artists and illustrators whose work will be featured include Norman Rockwell, Al Hirschfeld, Jacques Kapralik, France’s Boris Grinsson and Pierre Pigeot, and Italy’s Ercole Brini. 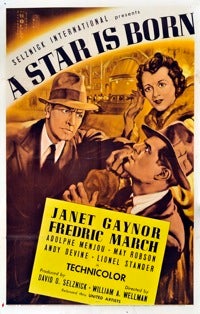 The exhibition also will present the only known three-sheet posters for “The Great Ziegfeld” (1936), the special British cinema display for “Lost Horizon” (1937), and an original painting for “Gone with the Wind” (1939) by the prolific artist Sergio Gargiulo.

“The More the Merrier” is drawn from the collection of Academy member and poster art director Mike Kaplan, and augmented by materials from the Academy’s Margaret Herrick Library. The posters include foreign versions from South American and Europe.

The specific number of Best Picture nominees ranged from 3 to 12 in the Awards years from 1927/28 through 1943; in 1944 the number was set at 5, as it remained until 2009. The 82nd Academy Awards®, which will be televised on Sunday, March 7, will return to the Academy’s past practice of nominating 10 films for the Best Picture award.

Kaplan will lead a public gallery talk at the Academy on Sunday, January 24, at 3 p.m. No reservations are required.