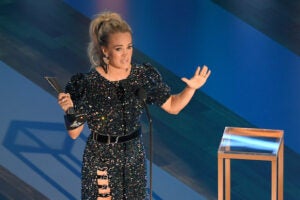 Since the Academy of Motion Picture Arts and Sciences announced new inclusion standards for the Best Picture category last week, Academy members privately seem to be equally split on the move — one of the biggest changes to Oscar rules in decades. Some wonder what the fuss is about and suggest the new rules don’t go far enough to encourage diversity in the industry, while others call the changes one more bad idea that won’t boost the show’s ratings or reputation.

One Academy member who spoke with TheWrap on condition of anonymity called the new inclusion standards “insane” and felt they have the potential to further drag down ratings from those who see the requirements as a form of affirmative action, while also being a way for studios to easily avoid making major changes. “There’s no end to the end-runs people could make around these half-baked rules,” the member said.

However, another member of the AMPAS Board of Governors said that Academy officials had encountered “a little confusion about what it all means, but not much pushback.”

Another longtime member said the new standards are not only simple, but common sense. “It’s great. It’s certainly only a first step, but it’s easily doable,” the member said. “In my mind, they’re only saying, ‘Guys, you should be thinking about this stuff.’ Almost no film will be disqualified, and no filmmaker will say, ‘You’re not letting me make my art.’ But it forces people to think about these things.”

Also Read: Academy on Fallout From New Oscar Best Picture Rules: 'You Aren't Creating Change If You Don't Get Criticized'

The new eligibility standards dictate that movies must have a certain amount of diversity and inclusion in front of and behind the camera to be eligible for Best Picture, with films needing to meet two of four sets of criteria for diversity (the others include options for studios to employ diverse executives or provide internship or development programs for underrepresented groups).

Perhaps because the rules won’t go into effect until 2024, criticism of the new standards is nowhere near as strong as it was when the board decided to create a “Popular Oscar” award in 2018 or when it moved to hand out Oscars in four categories during the 2019 telecast’s commercial breaks. Both of those ideas were killed after tremendous outcry.

One recently admitted member said affirmative action programs are still necessary in the film industry, and felt that most AMPAS members would be hesitant to criticize the new standards, although some might fear being told “who to hire.”

“Personally, I am all for anything that creates more inclusion,” the member said. “Affirmative action was created by JFK out of necessity, and sadly we need it now more than ever. Race or sex should never be an issue and it is. They must be the trendsetters and others will follow.”

Another member called the rules just one more in a “series of demoralizingly bad ideas” and echoed what’s been said publicly by actors like Kirstie Alley, who have argued that it’s unnecessary to set quotas for artists. Alley later deleted and apologized for her initial tweet criticizing the rules but stood by the notion that quotas can be detrimental. “I am 100% behind diversity inclusion & tolerance. I’m opposed to MANDATED ARBITRARY percentages relating to hiring human beings in any business,” Alley tweeted when the rules were announced.

Despite concern voiced by non-Hollywood pundits like Tucker Carlson, the data doesn’t necessarily back up fears that eligibility requirements may impact the movies released.

According to USC’s Annenberg Inclusion Initiative, fully 95 of the top 100 movies released in 2019 met the Academy’s Standard A, which requires at least 30% of a film’s on-screen secondary cast to be something other than straight white men. As for Standard B, which requires diverse department heads or at least a 30% under-represented crew, the group found that 71 of the top 100 films of 2018 met the standard.

“It is the status quo. Will not make a difference,” the research body tweeted on Sept. 9. “So, both Standard A and B are just too low. Data would have revealed this had they tested before they rolled these out.”

Other counts have also questioned how much these new rules would improve diversity, though the exact guesstimates have varied — in part because not all of the criteria are public information. The Washington Post estimated that 11 of the 15 Best Picture winners in the last 15 years would qualify without any significant casting changes. Vanity Fair found that nearly every Best Picture nominee from the past 15 years fulfills at least one of standards A or B, and two-thirds meet both standards, with the entire Best Picture lineup from 2018 passing the test. (Standards C and D, based on the staffing of crews and studios, are more difficult to assess.)

“I don’t think it will change the work of myself or nearly anyone else I know,” Karin Chien, a member of the producers branch, told Time Magazine, arguing that men still dominate certain below-the-line departments such as sound, visual effects or cinematography that won’t be impacted at all by the rules. “Those positions that they’ve included are not equal targets, in my opinion,” she said.

Other members have criticized not the rules but the way in which the Academy rolled them out. Michael Shamberg, the producer of “Contagion” who is suing the Academy over AMPAS bylaws, reiterated previous criticism of the leadership’s unwillingness to listen to its members.

“We are a community. Instead the Board operates autocratically, makes critical decisions in secrecy, and is seemingly averse to caring about member input as evidenced by the way the new inclusion rules were rolled out,” Shamberg wrote in a letter obtained by TheWrap and sent to the drafters of the requirements DeVon Franklin, Jim Gianopulos and David Rubin. “You said in the L.A. Times that you knew the new rules were going to be a conversation. Then why didn’t you have it with us members before issuing the changes? Vibrant member input and support would have protected against the negative press.”

At the bare minimum, the new rules may encourage top studios to maintain and increase the number of diverse decision makers in position of power and prioritize diversity in hiring. The New York Times, which labeled the new rules “sweeping but safe,” argued that though many major studios may already qualify for Standards C and D, the perception of how studios are meeting those goals could still be felt.

“Even if the new guidelines allow ample workarounds, they will probably spur filmmakers, financiers and studio executives to take the issue of diversity more seriously, and could especially be a boon to department heads of color,” Kyle Buchanan wrote in the New York Times. “And now that the issue is on the table, Oscar voters may be interested to learn just how specifically a contender’s diversity standards were met, and which films skated by with a handful of interns.”

But the Academy has been braced for criticism. In an interview with TheWrap last week, Franklin defended the new rules while acknowledging that the particulars could still change before they take effect in four years.

“We knew that both sides would come at us. One side would say, ‘This is too much.’ One side would say, ‘It’s not enough,'” Franklin said. “We did not want perfection to get in the way of progress. We acknowledge that there is more that we could do. But we also acknowledge that for an Academy that’s been around for nine decades, this is the first time in the organization’s history to make a step in the direction of broadening the definition of excellence and really being clear about the desire for more inclusion. This is progress. We knew that not everyone would be happy, but we wanted to have standards that would allow filmmakers and studios and distributors of all kinds to have flexibility in how they meet the standards.”

The Onion Fills Homepage With Same Mass Shooting Story: ‘No Way to Prevent This, Says Only Nation Where This Happens’