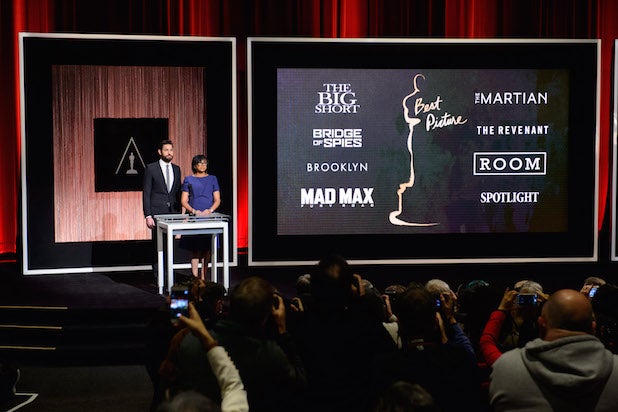 Nominations for the 89th Academy Awards will be revealed on Tuesday, Jan. 24, the Academy announced on Thursday.

When that change was made, it was widely interpreted as an attempt to hurt the Golden Globes by announcing Oscar nominations before the Globes took place. But members complained about not having enough time to view the large number of eligible films before nominations voting concluded.

Also Read: Academy Scores Record Diversity With New Members - But What About Next Year?

The date was part of an array of schedule items announced on Thursday, including the period for nominations voting (Jan. 5 through Jan. 13) and for final voting (Feb. 13 through Feb. 21).

The Academy’s annual Governors Awards, which will see the presentation of several honorary Oscars, will be held on Saturday, Nov. 12, while the Nominees Luncheon will take place on Monday, Feb. 6 and the Scientific and Technical Awards on Feb. 11.

As was previously announced, the 89th Academy Awards will take place on Sunday, Feb. 26 at the Dolby Theatre in the Hollywood & Highland Center.

The key dates, from the AMPAS press release: