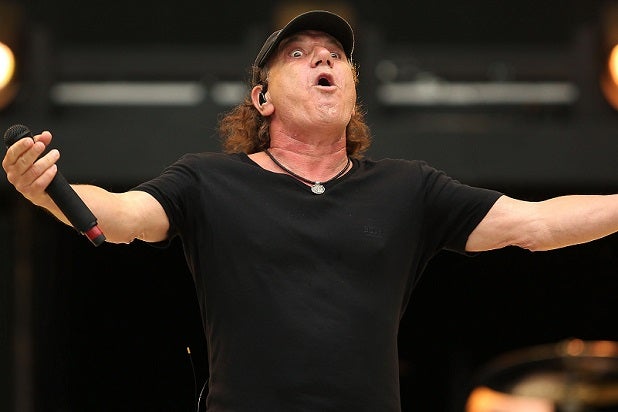 Longtime AC/DC singer Brian Johnson felt that he was “kicked to the curb” by his bandmates after the band postponed a string of tour dates and announced that they would probably reschedule the shows with a guest vocalist. At least, that’s the word from comedian Jim Breuer, who detailed a conversation he had with Johnson at the singer’s home.

On his podcast, Breuer recalled visiting Johnson at his Florida residence and finding Johnson in a grim mood.

“He was depressed; I’ve never seen him down before,” Breuer recalled. “He wasn’t upset about his health; he was upset that he feels like he just kind of got kicked to the curb.”

Earlier this month, the band announced that Johnson was warned by doctors that he could suffer “total hearing loss” and that the band would reschedule 10 upcoming dates on their tour, likely “with a guest vocalist.”

But Breuer said during his podcast that Johnson told his bandmates that he didn’t think his condition was as bad as the doctor had told him and added, “Let’s try to figure this out let’s see what’s going on here.”

“And literally, like the next day in the press, it was, ‘Brian Johnson tour canceled, he’s losing his hearing,'” Breuer said.

On top of it, “all his luggage that he ever toured with showed up in his driveway,” Breuer said.

According to Breuer, Johnson told AC/DC guitarist Angus Young that he would like to play “whatever shows he can,” but Young had no answer for him.

“He feels that they’ve already hired somebody, and it just hasn’t been announced yet,” Breuer added.

Listen to the podcast below.