Amber Heard has so far failed to deliver on roughly half of her pledge to the ACLU of $3.5 million, an amount that represented half of her $7 million divorce settlement with Johnny Depp, according to testimony Thursday from the organization’s head lawyer and COO.

Terence Dougherty, ACLU general counsel and chief operating officer, told the court in a videotaped deposition from December that Heard has donated $1.3 million – though not all of it has come directly from her. 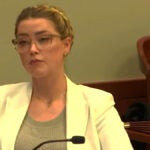 “We understood that the other half [of the $7 million settlement] was going to a children’s hospital in Los Angeles,” Dougherty testified.

The ACLU donation was to be made in installments over a 10-year period. However, Dougherty told the court, “We didn’t receive any amounts in 2019 and on.”

Heard’s donations to the civil rights organization were weighted toward women’s rights issues. 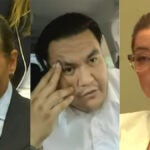 “Ms. Heard spoke with such clarity and expertise on issues of gender-based violence” that she was chosen as an ACLU ambassador in October 2018, Dougherty testified.

Heard became involved with the ACLU prior to writing the Washington Post op-ed, where she claimed she was a “public figure representing domestic abuse.” Depp is suing Heard for $50 million claiming she libeled him in that 2018 op-ed; Heard filed a $100 million counterclaim. 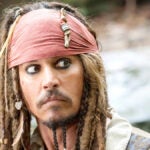