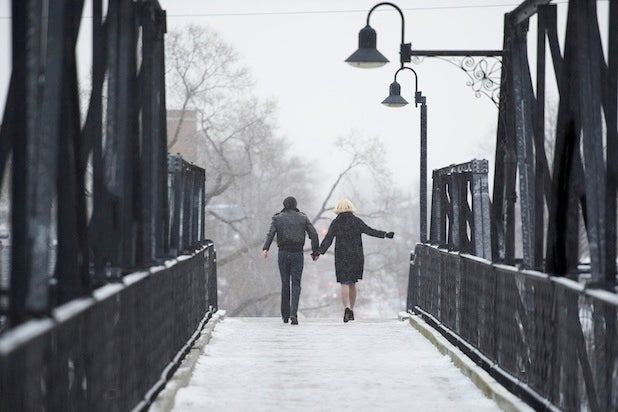 The documentaries “The Act of Killing,” “After Tiller,” “Cutie and the Boxer,” “Leviathan” and “Stories We Tell” (photo above) have been nominated for the top award at the 2014 Cinema Eye Honors, one of the most prominent awards given to nonfiction filmmaking.

In a press conference held on Wednesday afternoon in New York City, “Cutie and the Boxer” led all films with six nominations.

“The Act of Killing” received five, with “After Tiller” and “Leviathan” receiving four each and “Expedition to the End of the World” and “Stories We Tell” receiving three.

Joshua Oppenheimer’s disturbing story of mass killings in Indonesia, “The Act of Killing,” and Sarah Polley‘s examination of her own tangled family history, “Stories We Tell,” are the only Cinema Eye Honors nominees to also be in the running for the top prize at the International Documentary Association’s IDA Documentary Awards, whose nominations were announced last week.

(The Oscar shortlist of 15 documentaries will be announced in December, and the nominees on Jan. 16.)

As it was at the IDA Awards, the year’s top-grossing non-concert doc, the music movie “20 Feet From Stardom,” was left out of the top category. It was, however, nominated in the Audience Choice category, which also contains two other music movies, “Muscle Shoals” and “Sound City.”

For the first time, the Cinema Eye Honors nominated made-for-television documentaries, with that category including “The Crash Reel,” “Inventing David Geffen,” “Mea Maxima Culpa” and “Which Way Is the Front Line From Here? The Life and Times of Tim Hetherington.”

The Cinema Eye Honors are the most extensive awards for nonfiction filmmaking, handing out prizes in directing, producing, cinematography, editing, music and graphic design or animation, in addition to overall film awards.

Over its first six years, the awards twice gave their top honor to the film that went on to win the Academy Award for Best Documentary Feature. James Marsh‘s “Man on Wire” won in 2009, and Louie Psihoyos’ “The Cove” the following year.

Last year’s Cinema Eye winner was “5 Broken Cameras,” which was nominated for an Oscar but did not win. The Oscar winner, “Searching for Sugar Man,” was also nominated for the top Cinema Eye award.

The Cinema Eye Honors were launched in 2007 by filmmaker and journalist A.J. Schnack and documentary programmer Thom Powers, who wanted to create documentary awards that would honor the entire creative team and all facets of nonfiction filmmaking.

The awards ceremony will take place in early January, at a time and place to be announced.

After Tiller
Directed by Martha Shane and Lana Wilson

The Machine Which Makes Everything Disappear
Directed by Tinatin Gurchiani

Our Nixon
Edited by Francisco Bello

Expedition to the End of the World
Michael Haslund-Christensen

Cutie and the Boxer
Cinematography by Zachary Heinzerling

Elena
Cinematography by Janice D’avila, Will Etchebehere and Miguel Vassy

Expedition to the End of the World
Cinematography by Martin Munch

The Act of Killing
Directed by Joshua Oppenheimer

Cutie and the Boxer
Directed by Zachary Heinzerling

The Square
Directed by Jehane Noujaim

After Tiller
Directed by Martha Shane and Lana Wilson

Cutie and the Boxer
Directed by Zachary Heinzerling

The Machine Which Makes Everything Disappear
Directed by Tinatin Gurchiani

Cutie and the Boxer
Score by Yasuaki Shimizu

Expedition to the End of the World
Score by Mads Heldtberg

Inequality for All
Graphics by Brian Oakes

We Steal Secrets: The Story of WikiLeaks
Graphics by Maryanne Butler & Marc Smith

The Last Station
Directed by Cristian Soto and Catalina Vergara

The Search for Emak Bakia
Directed by Oskar Algeria

A Story for the Modlins
Director: Sergio Oksman