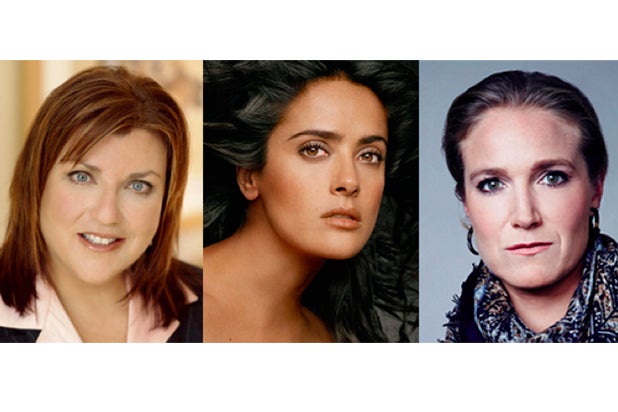 TheWrap is pleased to announce that Salma Hayek, actor, producer and activist, will be a special guest at TheWrap’s 6th annual Power Women Breakfast on Oct. 29 to speak about her work as a humanitarian and activist.

Hayek is one of the leading actors, producers and directors of our time. She was the first Latin actor nominated as Best Actress for her role in “Frida” in 2002. In 2014, she produced Kahlil’s Gibran’s “The Prophet,” an animated children’s film adaptation of the book of essays addressing issues of life and the human condition.

Hayek is also a leading humanitarian activist, raising awareness of violence against women and discrimination against immigrants with groups such as Global Green, Youth AIDS, AMFAR and UNICEF.

She joins one of Hollywood’s most successful producers, Gail Berman, Chairman and CEO of The Jackal Group, who will be interviewed about her career and the transition from traditional Hollywood to digital entrepreneur.

Berman is one of the most prolific content creators in the entertainment business, having launched award-winning properties for television, film, digital and the Broadway stage. In 2014 she launched The Jackal Group, a new independent production entity formed in partnership with Fox Networks Group.

CNN International Correspondent Arwa Damon, winner of the International Women’s Media Foundation Courage in Journalism Awards, will also be honored at the event. Damon has reported on recent history in the Middle East, covering revolutions, popular demonstrations, war and terrorist attacks. Based in Beirut, Damon strives to tell the stories of those living through conflict.

Now in its sixth year, TheWrap’s Power Women breakfast is an intimate gathering of Hollywood’s leading women executives to connect and be inspired by women inside and outside of the entertainment industry.

The Oct. 29 event will be held the Montage Beverly Hills. The event will feature a silent auction of products generously donated by Ferragamo, Gucci, Montane Designs and Marrin Costello. Jewelry proceeds will go to the International Women’s in Media Foundation.

The Power Women’s Breakfast is sponsored by Bank Of America and Keurig.

Watch a video from last year’s event with Nancy Tellem and the 2013 Courage Award winners: