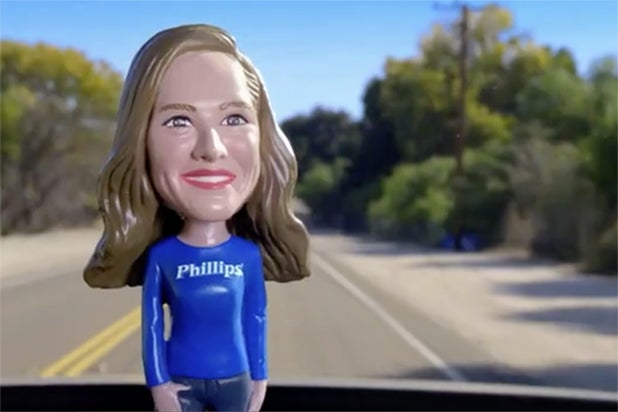 Phoebe Jonas, an actress who has starred in a number of TV spots for the pharmaceutical giant Bayer is now suing the company for replacing her with a bobblehead figurine.

In a complaint filed in New York County court on Monday, the actress accuses the company of creating a figurine “that looks identical” to Jonas without her permission, in an attempt avoid paying her for use of her likeness in their ads.

“At no point did plaintiff ever give Bayer consent, permission and/or authority to create and/or air the Bobble Head video portraying her likeness on the internet, television commercials or any other form of media,” the complaint says.

Jonas is suing Bayer for $500,000 and demanding that the company cease airing the ads featuring the bobblehead.

“It’s one thing to not pay — it’s another thing to turn an actor into a bobblehead to try and not pay,” Jonas’ lawyer, Steven Mintz, said in an interview with the New York Post on Monday. “This lawsuit is going to give Bayer a headache.”

“This preposterous complaint is without merit, and we intend to fight these baseless claims,” said a Bayer spokesperson.

Representatives for Bayer and for Jonas did not immediately respond to a request for comment from TheWrap.