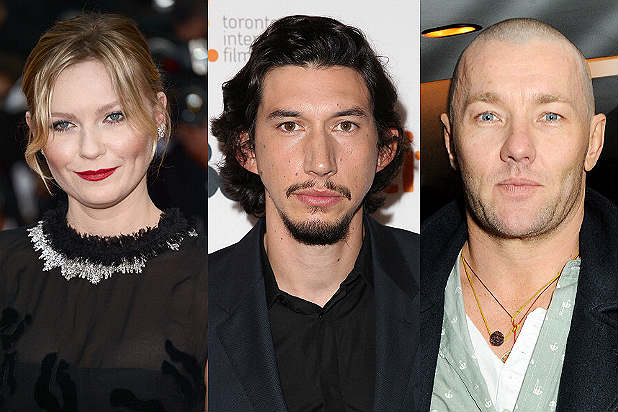 “Girls” star Adam Driver has closed a deal to join the cast of Jeff Nichols’ sci-fi drama “Midnight Special,” an individual familiar with the Warner Bros. project has told TheWrap.

Nichols is the acclaimed filmmaker behind “Mud,” “Take Shelter” and “Shotgun Stories,” all of which starred Michael Shannon.

Story follows a father and son who go on the run after the dad learns his 8 year-old child possesses special powers.

Driver’s role is being kept under wraps.

TheWrap recently reported that Driver had emerged as the frontrunner to play Nightwing (aka Robin) in WB’s “Batman vs. Superman” project, which like “Midnight Special,” is expected to start production early next year. Driver has denied the report, though multiple sources tell TheWrap that he was absolutely in contention for the coveted role, even if he doesn’t ultimately wind up with the part.

Driver clearly has many fans on the Warners lot, where he made a strong impression on the studio’s Greg Silverman with his performance in Shawn Levy’s dysfunctional family comedy “This Is Where I Leave You.”

Also Read: Adam Driver in Talks to Reteam With Noah Baumbach on ‘While We’re Young’ (Exclusive)

Since his breakout, Emmy-nominated turn as Adam Sackler on “Girls,” Driver has worked with Clint Eastwood on “J. Edgar,” Steven Spielberg on “Lincoln” and the Coen brothers on “Inside Llewyn Davis.”

Driver next stars opposite Mia Wasikowska in John Curran’s “Tracks” and will soon be seen alongside Daniel Radcliffe and Mackenzie Davis in CBS Films’ romantic comedy “The F Word.” He has also reteamed with “Frances Ha” director Noah Baumbach on “While We’re Young.”

Driver is represented by the Gersh Agency.