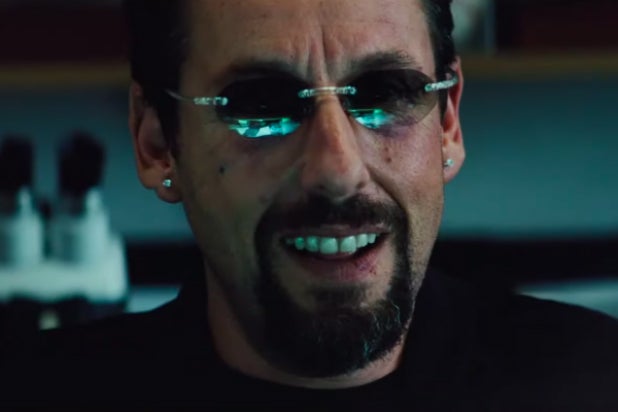 Adam Sandler may have gotten a Spirit Award and the best reviews of his career from “Uncut Gems,” but the film nearly cost him his life.

In an interview with Entertainment Weekly, Sandler and directors Josh and Benny Safdie revealed that the nearly fatal moment happened while filming the now infamous scene when Sandler’s impulsive, gambling-addicted character Howard is kidnapped by his loan shark brother-in-law, after it’s discovered he had used Arno’s money on crazy sports bets.

The Safdies said that Keith Williams Richards and Tommy Kominik, who played Arno’s bodyguards, had never been in a film before, and while they were professional, they had no idea how physical they should be as they manhandled Sandler during the intense scene.

“Sandler’s so in it, he’s so into the character that it started to actually get a little scary one or two times, because he’s getting choked at one point in the scene and there were all these cues,” Josh Safdie said. “There was one take when Sandler was getting choked and he was trying to tap out, but the actor thought that he was just being Howard so he choked harder, and Adam couldn’t breathe.”

Sandler said that he got plenty of bruises over the course of filming “Uncut Gems,” as his character is repeatedly beaten up by Arno’s goons. His own family even thought that they should stay away from him during filming since he was playing such a disturbed character. But despite that, Sandler said he would love to work with the Safdies again.

“We talk about it constantly, man. I love these guys, I love ‘em. I mean, they’re incredible filmmakers,” he said. “I love having these new friends, we talk all the time, and I think they’re just great, great people. Of course, I would die to work with them again, because it’s a brand new feeling. But the funniest thing is when I would say to the Safdies, ‘Your future is so bright,’ they didn’t want to talk about that. They were like, ‘I just like ‘Gems,’ man.’ They just were so deep in it.”