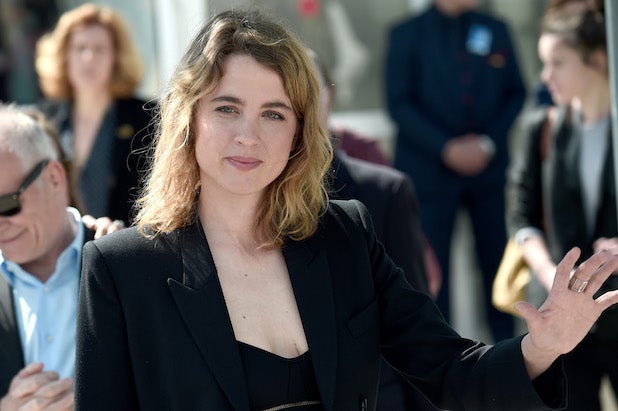 Haenel first told investigative journal Mediapart earlier this month that Ruggia sexually harassed her since she was 12 years old, when she appeared in the director’s 2002 film “The Devils.” The abuse — which included “forced kisses” — continued until she was 15 years old, according to Mediapart.

Though Haenel initially said she would not file a formal complaint out of concern over how French authorities would handle the case, she has since changed her mind. “Now that the judiciary has opened an investigation, I won’t hide the fact that I will do everything in my power to see this process through to the end. What I hope for now personally is support and compensation from the justice system,” Haenel said in a statement via translation:

A representative for Ruggia did not immediately respond to a request for comment, but the director had told Mediapart in a statement that he “categorically refutes” the accusations and “never engaged in the physical gestures and sexual harassment.”

Also Read: French Actress Accuses Roman Polanski of Raping Her When She Was 18

Ruggia had also issued another statement seeking her forgiveness. “I did not see that my adulation and the hopes that I had for her could have appeared, given her young age, as painful at certain times. If that is the case and if she can, I ask her to forgive me,” the 54-year-old director said.

Shortly after the publication of the Mediapart article, the Paris prosecutors’ office opened a preliminary investigation “sexual aggression on a minor carried out by someone in authority,” according to CNN. Ruggia was also removed from the Société des réalisateurs de films, the French directors’ association that he helped lead, which declared its support for Haenel in a tweet.

Haenel most recently appeared in “Portrait of a Lady on Fire” and previously won two César Awards — the French equivalent of the Academy Awards. She said she was compelled to come forward with her accusations after watching “Leaving Neverland,” the documentary about Michael Jackson and his alleged abuse of young boys.

“When I saw ‘Leaving Neverland,’ I understood the kind of mechanisms that are used to control people. I felt it was my responsibility to speak out,” she said.

Earlier this month, another French actress — Valentine Monnier — accused director Roman Polanski of raping her when she was 18 years old. Despite Monnier’s accusations, Polanski’s latest film “J’Accuse” (“An Officer and a Spy”) opened to strong reviews two weeks ago and led the French box office. Polanski has denied the accusations via his French attorney.