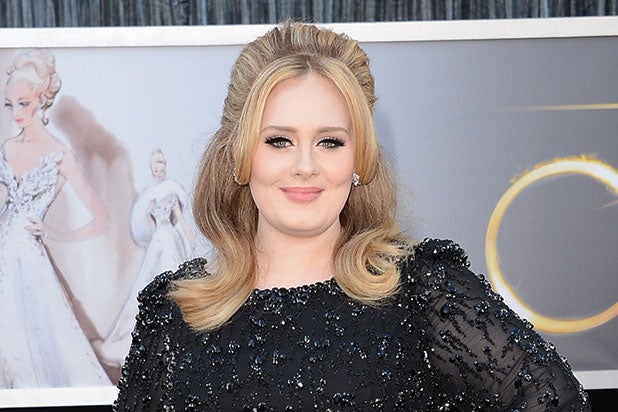 Don’t expect to say “Hello” to Adele’s upcoming album “25” on streaming services such as Spotify and Apple Music.

The singer’s highly anticipated release, due out Friday, won’t be streamed on the major digital service, the New York Times reports.

The “Rolling in the Deep” singer had a part in the decision, according to the Times.

The album, Adele’s first studio long-player since 2011’s “21,” is expected to be a major hit. The first single, “Hello,” has already sold more than a million units in the U.S. since its release in October.

A spokesperson for Spotify told TheWrap in a statement, “We love and respect Adele, as do her 24 million fans on Spotify. We hope that she will give those fans the opportunity to enjoy 25 on Spotify alongside ’19’ and ’21’ very soon.”

The decision not to stream “25” comes amid an ongoing debate about compensation paid by streaming services. Last year, Taylor Swift yanked her songs from Spotify following complaints about the streaming services’ royalty rates.

This year also saw Swift win a showdown with Apple Music, after threatening to withhold her album “1989” from the service, in protest of Apple Music’s decision not to pay royalties for music streamed during its three-month free trial period — a policy that Apple reversed after Swift’s protest.