Ohlmeyer noted that the company, not Ye himself, owns the Yeezy designs. “Adidas is the sole owner of all design rights registered to existing product,” he said. “We intend to make use of these rights as early as 2023.” When asked to elaborate, he merely said, that Adidas “owns all the versions and new colorways. It’s our IP.”

He did not specify when the rebranding would happen, except to say it would be “when the time is right.” 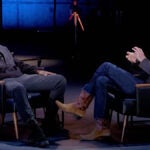 The Yeezy line earned more than $500 million in total royalty payments and marketing fees through 2020, Forbes reported, while speculating that the athletic company may still owe the rapper royalties.

The relationship was already strained before Ye’s public rants against Jewish people: In June he accused Adidas of ripping off his Yeezy Slide, calling the Adidas Adilette slide, “a fake Weezy made by Adidas themselves” and insisting, “i’m not standing for this blatant copying no more.” According to Business Insider, Ye owns the patent to the slide.

Adidas, who this week finally explained why they delayed in cutting ties with Ye, previously predicted it would lose $247 million over ending the business partnership. Ohlmeyer added that will translate to an estimated $502 million drop in their annual revenue

Ohlmeyer did not have an answer when asked if the existing Yeezys will be destroyed or released later. “We need to take our time to review what the best options are. When the time is right we will be more concrete,” he said. 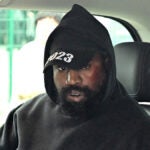