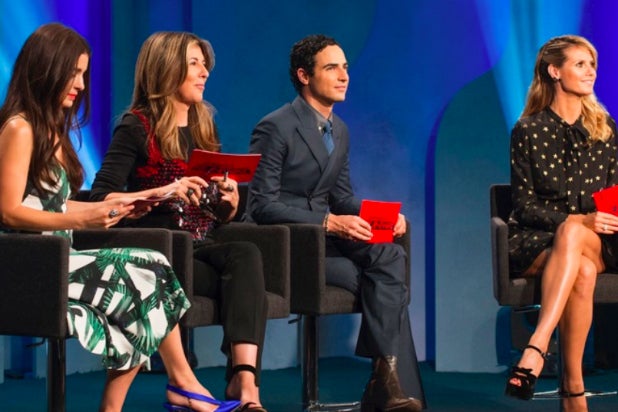 A+E Networks has terminated its agreement to air two planned seasons of “Project Runway” in the wake of The Weinstein Company’s legal and financial woes.

According to a filing in TWC’s bankruptcy case, A+E Networks canceled its agreement in January, claiming TWC was in breach of contract in light of the sexual assault accusations against Harvey Weinstein made public last fall.

“On November 1, 2017, AETN sent TWC a letter putting it on notice that Mr. Weinstein’s actions, which were reportedly known by TWC, constituted material breaches and defaults under the [agreement],” the filing said.

The agreement, which included plans for Seasons 17 and 18 of the reality competition show as well as a licensing agreement for a potential movie, was officially terminated on January 10. A+E cited three reasons for the decision, including TWC’s failure to notify them of “claims or pending litigation that would adversely affect the agreement” and breaches of A+E’s standards of conduct.

“Project Runway’s” future had been thrown up in the air when The Weinstein Company filed for bankruptcy last month. Spinoff “Project Runway All-Stars” has one more season already in the can, which will not be affected by the decision to terminate the agreement.

The move by TWC follows a similar one by the producers of the Armie Hammer-led “Hotel Mumbai,” which said in court documents filed Monday that they terminated their distribution deal with The Weinstein Co. in February, weeks before it filed for bankruptcy.