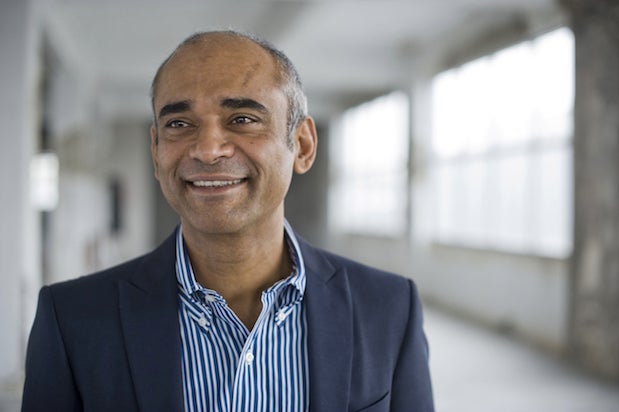 The business, called Starry, serves as a cheap, high-speed Internet service with no data caps, plus a separate hardware element to better connect a customer’s house with a refashioned router.

At an event in New York launching the company publicly, CEO Chet Kanojia called the company’s message “so not Comcast.”

Starry is taking on Internet service providers with the same simple, cheap proposition that broadcast TV companies found to be so threatening in Aereo. Starry, however, may ultimately shore up streaming video providers of any stripe. Be it Netflix of CBS’ online-subscription option All Access, alternatives like Starry could make it easier for consumers to switch more of their entertainment diet to online watching.

But Starry may also make cutting the cable pay-TV cord more attractive, and that could hurt service providers like Comcast and also programmers, who rely on pay-TV revenue for financial livelihood.

With the exception of tiny competitors like Google Fiber in limited markets, high-speed Internet is plugged into the greatest number of U.S. households by cable companies like Comcast or Time Warner Cable. Because of the way the cable industry developed, these companies have virtual monopolies in whatever market they operate, crimping consumers’ Internet options in their hometowns.

Starry Internet, the service, touted itself as an alternative to the broadband that pipes an internet connection into your home, providing high-speed connectivity over the air with radio frequencies.

Starry Internet will launch its first test service in the Greater Boston area this summer, with additional cities to be announced throughout the year. Kanojia said the company’s wider opportunity to take this technology to global markets, but he said he has “no idea” about that timeline.

Also Read: Comcast Cable CEO on Altice's $10B Cablevision Play: 'Good to See Others Recognize the Value in the Cable Market'

The company didn’t detail its subscription cost but indicated Starry would be cheap because costs of deployment are low. Instead of digging trenches to lay wire everywhere it wants to operate, it will pepper its service area with six-foot tall posted panels calls arrays that shoot connectivity like a laser beam at a device in a subscriber’s home.

That keeps Starry’s deployment costs down. It pegged those costs at about $25 for every “passed home,” an industry term that refers to how expensive it is to make service available right outside your door. That figure for traditional provider can be hundreds to thousands of dollars.

Its hardware side, Starry Station, refashions the Wi-Fi router with a touchscreen display, to provide better details about how the device and service is functioning, as well as serve as a hub for Internet-connected devices.

Starry Station, which looks like a white skinny pyramid, costs $349.99. Preorders to reserve one will last until Feb. 5, after which it will be available for sale on Starry.com. The company did not specify how much the service will cost consumers monthly.