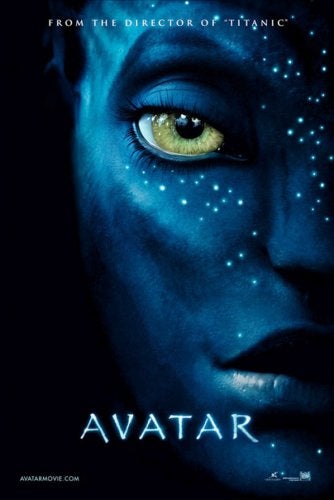 "Avatar" wasn’t considered good enough to be included in a list of the year’s best films, but the American Film Institute (AFI) may have made amends for its snub of James Cameron’s latest by naming his 3D epic one of the year’s top moments of significance on Monday.

In addition to hailing the triumphs and travails of the blue skinned inhabitants of Pandora as "a pioneering effort to unleash the human imagination," the institute cited the growing popularity of Twitter, Michael Jackson’s death, and Jay Leno’s move to prime time as other sea changes in the pop culture landscape.

AFI also took note of some watershed moments that were less than laudable, citing Realty TV and its dwindling appreciation of boundaries as a move in a " … dangerous new direction."

In making its selection, AFI said its 13-person jury of filmmakers, TV players, scholars, and critics weighed certain criteria including advances in new technologies, deaths or anniversaries of note, and emerging trends in arts and entertainment.

AFI will honor the creative teams behind its eight selections at a luncheon at the Four Seasons Hotel in Los Angeles on January 15.

Here’s a list of AFI’s moments of significance and the rationale for their selection:

James Cameron’s pioneering effort to unleash the human imagination was fully realized in 2009 with the release of "Avatar," a film that firmly established itself as a landmark in the way stories are told.

With an army of technological wizards at his side, writer/director/producer/co-editor Cameron called upon the forces of art and technology to create new tools for storytelling that are groundbreaking in both scope and scale.

The magic of the motion picture – and the transfer of its power to television and now video games – has always found its truest power in its immersive qualities, and with Cameron’s advances in CGI (computer-generated images) and 3D, "Avatar" enters AFI’s almanac as an achievement that will have profound effects on the future of the art form.

Twitter, the Internet platform for messages of up to 140 characters, has become a powerful force in the worlds of film and television. It has long been proven that the most effective way to attract an audience is through “word of mouth,” and Twitter allows for these influential conversations to be immediate and international.

Twitter has also created new and direct channels of communication for artists to speak directly to their fan base. Most notably, in 2009, Ashton Kutcher enlisted over one million followers to his “tweets.”

In marketing terms, Twitter and other forms of social networking have allowed motion pictures and television programs the opportunity to both expand and unite their audiences. For example, "Paranormal Activity" became a cultural sensation in 2009 for mastering “word of mouth” marketing via social networks, in addition to telling a terrifying tale very well. In television, Twitter helped to ensure “appointment television” by creating venues for viewers to comment on shows as they aired. For example, "Glee" employed Twitter to broaden its fan base of “Gleeks.”

THE LENO EXPERIMENT AND THE LOSS OF DRAMA

As a result, five hours traditionally reserved for episodic drama were dropped from the broadcast television landscape. The move had a harsh effect in job losses for the creative ensembles whose stories were told at that time, and also among national affiliate stations whose ratings for 11:00 p.m. local news programs dropped significantly.

This experiment can be viewed as another chapter in the evolution of television to less expensive programming, which began in force with the emergence of reality television. However, audiences have found quality dramas moving in force to cable and pay cable television, and the world awaits the first breakout drama scripted for the Internet.

REALITY TV AND THE LOSS OF BOUNDARIES

Reality television crossed a line in 2009 as the cultural craving for celebrity moved in a dangerous new direction. Most significantly, the “characters” now referred to as “Balloon

Boy” and “Octomom,” in addition to a couple who allegedly infiltrated the White House to attend a state dinner, have marked the year as one in which the health and welfare of our citizens should be considered before the standards and practices of television.

THE END OF ANALOG AND OTHER SIGNS OF SEA CHANGE

On June 12, 2009, analog television switched off, and the digital revolution saw a new day. This moment is mostly symbolic, but signaled further change across many former television traditions:

• Several long-running soap operas were cancelled in 2009. "Guiding Light," the longest-running drama in television and radio history, aired its final episode on

September 18, 2009. The program began in 1937, during the second Presidency of Franklin Delano Roosevelt. It was also announced that "As the World Turns," a daytime staple since 1956, would air its last episode on September 10, 2010. The demise of the soap opera can be linked to the omnipresent melodrama presented in news, reality and other programs that are now available instantaneously, around the clock and on many platforms.

• Long-form television became more scarce in 2009. While excellent programs like "Grey Gardens," "Into the Storm," and "Prayers for Bobby" proved there was still quality work being done in the field, the fragmentation of the television audience strained the economics of the old business model for TV movies and mini-series.

Other notable moments in the sea of change include Comcast’s bid to acquire NBC Universal to ensure content for distribution to its more than 23 million subscribers, as well as the continued rise in the reliance of DVRs (digital video recorders) so that audiences have shows when and where they wish to view them.

2009 – A YEAR OF EXTRAORDINARY ANIMATION

Though animation has been a genre of great impact since the dawn of the moving image, 2009 marked a year that saw a dazzling explosion of noteworthy work from many of the nation’s finest artists, and in forms vast and varied – from classic hand-drawn stories like "The Princess and the Frog"; to stop-motion splendors like "Coraline" and "Fantastic Mr. Fox"; to computer-generated creations like "9," "Cloudy with a Chance of Meatballs," "Ice Age: Dawn of the Dinosaurs," and "Monsters Vs. Aliens."

THIS IS IT – DEATH OF MICHAEL JACKSON

Michael Jackson died on June 25, 2009. One of the most influential entertainers in modern day, Jackson’s death was met with a worldwide expression of grief.

In the months that followed his death, Jackson’s talents were celebrated on-line, with a renewed interest in the musical and video gifts he had given the world over five decades; on television, as millions tuned in for his memorial and funeral services; and, most notably, in theatres, with the film "This Is It," a documentary crafted from the rehearsal footage for an upcoming concert tour. The film proved an unprecedented global eulogy for fans and friends of the “King of Pop.”

RECESSION – THE MOVIES AGAIN PROVE A TONIC FOR ECONOMIC AILS

Just as Americans flocked to musicals and screwball comedies during the Great Depression of the 1930s, audiences in 2009 escaped their worries by going to the movies.

Though total admissions do not compare, it is worthy to note that in the world’s darkest economic time since the Depression, American films grossed more money than any time in the history of the art form. Aliens, vampires and wizards may have replaced Fred Astaire and Ginger Rogers on the silver screen, but the movies still provide joy and refuge in a story well told.