The 24th annual AFI Fest will take place in Los Angeles from November 4 through 11, 2010, the American Film Institute announced on Tuesday. As they were last year, tickets for many festival screenings will be free to the public.

The festival will once again be held in Hollywood, at the Grauman’s Chinese Theater, the Mann Chinese 6 and the Hollywood Roosevelt Hotel.

Along with the announcement of dates, the AFI invited filmmakers to submit narrative, documentary, experimental, animated and short films at AFI.com/AFIFEST or through Withoutabox.com. The deadline for submitting shorts is July 30th, and for features it’s August 13. A new section of the festival will be devoted entirely to films discovered through the submission process, and a new cash award of $5,000 will be given to one of those films. 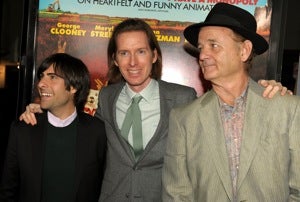 Last year’s festival, which presented screenings of “Fantastic Mr. Fox” and “A Single Man,” along with tributes to Viggo Mortensen and Christopher Plummer and one of the first U.S, screenings of the eventual Oscar winner for foreign film, “The Secret in Their Eyes,” was the first AFI Fest to make its tickets available free of charge for many events. (The downside of the policy is that all available tickets to most screenings were snapped up almost immediately, though rush tickets were available as space permitted.)