While the week-long American Film Market opens Wednesday amid signs of a general economic rebound, producers and sales agents are still expressing trepidation about the unstable commercial landscape. 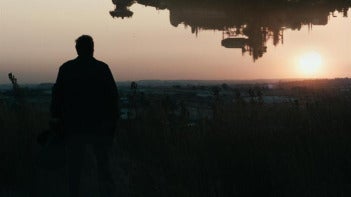 "Last year was tough," said Barabara Mudge, owner of Worldwide Film Entertainment, which will screen seven films at the market. "Some companies just disappeared and in some cases haven’t come back. But many places that told me last year, ‘Our budgets are gone’ are sending out announcements saying ‘Our budgets are back, what can you show me?’ That signals to me that the economy for films is better, and that many companies cut way back and have to fill their release pipelines."

That doesn’t make empty booths and fewer representatives at the market any less noticeable to those who are more pessimistic.

"It’s tougher," said Will Weissman, international marketing coordinator for Lighting Entertainment, which is screening 5 films at the market. "Throughout this year there has definitely been less sales in general and less money to spend. In today’s market, a lot of buyers won’t buy a movie unless it’s a completed film, whereas previously you could have sold something with just a trailer."

Unlike film festivals, market organizers do not screen films in advance of the event. Instead, directors, studio executives, financiers and distributors from more than 70 countries converge on Santa Monica to make deals. Some are searching for distribution agreements for completed films; others are looking to secure financing for movies in the early stages of production.

No matter the state of the economy, AFM remains one of the most important film-industry events of the year.

"Half of the Academy Award winners for Best Picture have been bought or licensed at AFM. By that I mean ‘Crash,’ ‘Million Dollar Baby,’ ‘The Lord of the Rings,’" said Jonathan Wolf, managing director of the AFM.

"District 9," also buzzed about for an Oscar nod in this season where 10 films will be nominated, found its financing at AFM, and later sold its domestic district rights to Sony there.

There are a number of prominent movies making their festival or market premieres this year, including the crime drama "Harry Brown," which has attracted buzz for star Caine; "Chloe," which stars Liam Neeson and received strong reviews out of the Toronto Film Festival; and "Mother and Child," which is drawing Oscar speculation about Annette Bening’s performance. Sony Pictures Classics just acquired "Mother."

Even if Mudge is right and premarket activity is up from a lowpoint last year, those coming to Santa Monica with a tin cup outstretched do face the reality that many studios have shuttered their independent divisions recently and the sluggish economy has caused other financing streams to dry up.