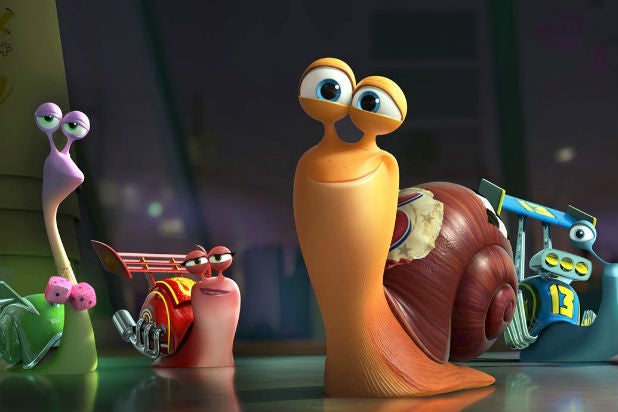 The sale of DreamWorks Animation last week to Comcast is the latest in a series of recent multi-billion dollar acquisition deals  — LucasFilm and Legendary among them — that are driving a trend of Hollywood consolidation in this decade.

The rise of technology giants and the surging power of China are core factors for the deals — and so are the fancy price tags. But the challenges facing content companies as business models get squeezed by streaming services and user-generated leisure like Snapchat and Facebook are also important elements in driving down the number of studios creating premium film and television.

The question is: Is the consolidation going to continue?

Viacom is aggressively hunting for an investor in Paramount Pictures while Lionsgate is years into its pursuit of a sale. DreamWorks Animation’s top-shelf price tag means Hollywood’s winnowed field of studios look like even an better investment. That means they may not stay independent for long.

“Given the lack of scalability of quality content creation, studios, especially those with strong franchises, are likely to be bid up,” Barclays analyst Kannan Venkateshwar said in a note this week about the DreamWorks deal.

Also Read: What's Next for 'Croods' and 'How to Train Your Dragon' After the DreamWorks Animation Deal?

“Here you have DreamWorks Animation, a studio that puts out two movies a year,” versus the 15 major releases Paramount launches annually, he said. That validates the value of Paramount by comparison, he said.

What Dauman did not say is that Paramount has shrunk considerably in recent years, making far fewer movies and representing a small part of Viacom’s overall revenue, which is mainly from its television business. That is why analysts usually put Paramount at the top of the list of likely consolidation targets in Hollywood. Viacom has been vetting bidders for a minority stake in Paramount since February, aiming to close a deal by the end of June.

When Disney bought LucasFilm in 2012 for $4 billion, the logic was simple. George Lucas wasn’t going to make any more “Star Wars” movies; Disney would. The franchise was like abandoned beachfront real-estate. So Disney snapped up the land, and the sky-high condos it threw up there are raking in cash.

When Chinese conglomerate Dalian Wanda agreed to buy Thomas Tull’s Legendary last year, the deal meant both companies could scale walls together they couldn’t climb on their own. Chinese ownership means Legendary Entertainment will have an easier time accessing China’s massive movie market, which the government protects with limits on the number of foreign films that can be released in the country every year.

The latest deal “places DreamWorks in the same heavyweight category as LucasFilm and Marvel that were previously acquired by Disney for $4 billion each,” Piper Jaffray analyst Michael Olson said in a note.

Although skeptics have said DreamWorks Animation’s implied value in the deal is too high, Guggenheim Partners analyst Michael Morris called that logic “myopic.” Standing alone, DreamWorks Animation has underperformed compared to its potential, he said. It has a better shot at monetizing its content when that is leveraged across Comcast’s cable, film and parks.

Meanwhile, Lionsgate has long been the target of speculation about a takeover. Last year, media mogul John Malone took a share, along with a board seat, in parent company Lions Gate Entertainment last year. Malone, who has been instrumental in the cable consolidation through the merger of Charter and Time Warner Cable, has also been outspoken about interest in merging Lions Gate with Starz, the premium cable network Starz where he’s the largest individual shareholder.

As Starz CEO Chris Albrecht said last month at an investor conference in San Francisco, “consolidation is going to happen.”