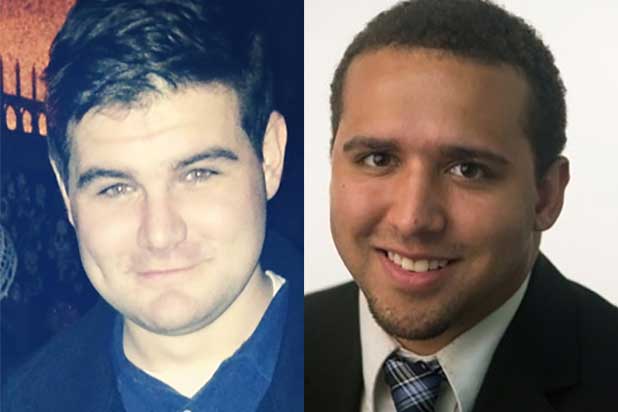 Washington Post reporter Wesley Lowery and the Huffington Post’s Ryan Reilly have revealed more details about their arrests by the Ferguson police on Wednesday night.

The pair were arrested and allegedly assaulted by officers while covering the dramatic civil unrest and brutal police response that is ongoing in Ferguson, MO, following the police-inflicted death of unarmed teenager Michael Brown on Saturday.

Lowery and Reilly, who have been two of the most active national reporters on the scene of the St. Louis suburb, had set up camp in a McDonalds; their alleged failure to not leave the fast food restaurant in a timely fashion led to their arrest and startling experience.

That was when I was most afraid — more afraid than of the tear gas and rubber bullets.

As they took me into custody, the officers slammed me into a soda machine, at one point setting off the Coke dispenser. They put plastic cuffs on me, then they led me out the door.

Here are photos of the Saint Louis County cop who assaulted me yesterday. #Ferguson pic.twitter.com/z8Y7jrCrRd

He’s about to walk through the door that, just a few minutes later, he would slam my head against on purpose.

This cop ignored over a dozen of my requests for his name or badge number.

After slamming my head on the door, he sarcastically apologized.

Every single officer we came into contact with ignored my repeated requests for a name or badge number of the officer who assaulted me.

I was also never informed of my Miranda Rights.

He also suggested he was wearing an audio recorder. I sure hope so.

This cop seemed to take pleasure in the way he treated me. Hope to prevent others from being subjected to his abuse.

When the Ferguson Police Chief was informed that the two were reporters, he told LA Times’ reporter Matt Pearce, “Oh god” and arranged for their release.

Additionally, a news crew from Al Jazeera America was hit with tear gas and rubber bullets while setting up coverage. The network released a statement about the situation on Thursday morning:

Last night at 10:30pm CD in Ferguson, Missouri, an Al Jazeera America news crew was reporting behind police barricades. They were easily identifiable as a working television crew. As they were setting up their camera for a live report, tear gas canisters landed in their proximity and police fired rubber bullets in their direction. Police continued to shoot after crew members clearly and repeatedly shouted ”Press.”

Al Jazeera America is stunned by this egregious assault on freedom of the press that was clearly intended to have a chilling effect on our ability to cover this important story. Thankfully all three crew members are physically fine.

We believe that this situation must be investigated along with those involving our colleagues at other media outlets.

Jay Nixon, the governor of Missouri, was deeply chastised for not speaking out or taking action during the dramatic events of Wednesday night. On Thursday morning, he finally issued a statement:

“The worsening situation in Ferguson is deeply troubling, and does not represent who we are as Missourians or as Americans,” he said. “While we all respect the solemn responsibility of our law enforcement officers to protect the public, we must also safeguard the rights of Missourians to peaceably assemble and the rights of the press to report on matters of public concern.

“Once again, I ask that members of the community demonstrate patience and calm while the investigation continues,” Nixon added, “and I urge law enforcement agencies to keep the peace and respect the rights of residents and the press during this difficult time.”