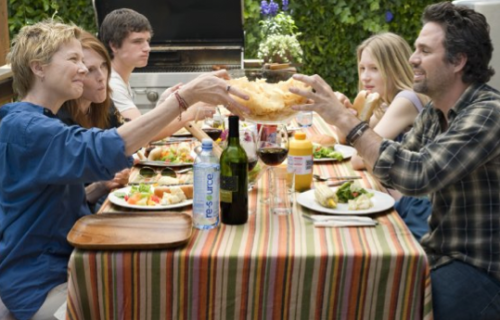 After prolonged negotiations, Focus Features has acquired both domestic and select international rights to Lisa Cholodenko’s "The Kids Are All Right,"  the studio announced Thursday.

The rights were bought for $4.8 million, according to a knowledgeable executive.

As TheWrap previously reported, insiders close to the deal said that an initial $5 million deal for the U.S. distribution rights nearly fell apart after Cinetic Media attempted to inspire a bidding war. Fox Searchlight, Summit and The Weinstein Company were all interested in the dramatic comedy. Instead Focus demanded that its bid also include additional territories.

The new deal gives Focus rights to the U.K., Germany and South Africa, handled by Inferno. A Focus executive said the film is likely to be released either this summer or fall.

“Lisa has made an extraordinary gem of a film that combines comedic surprise with poignant emotional truth," Focus Features CEO James Schamus said in a statement. "Not only is ‘The Kids Are All Right’ infectiously funny and touching, but it’s also entirely accessible. We’re confident that audiences everywhere will fall in love with this family, as brilliantly brought to life by a remarkable cast of actors.”

Complications have bogged down a final deal on Lisa Cholodenko’s well-liked film "The Kids Are All Right."

Senior executives involved in the negotaitions denied earlier reports that Focus Features had bought the U.S. distribution right for $5 million. They said that by Thursday morning a deal was not closed because of "complications."

Fox Searchlight, Summit, and The Weinstein Company had all been interested in bidding on the film.

An initial deal had been put on the table by Focus for the $5 million figure, according to rival bidders, which is a relatively rich sum for Sundance these days. The deal stalled  when Focus asked for the inclusion of other territories.

Negotiations were being handled by John Sloss of Cinetic Media. Sources close to the deal indicated that Cinetic’s efforts to sweeten Focus’ offer by stoking a bidding war after an initial offer had been made led Focus to change the terms of its deal. At this point, negotiations have been stuck for more than a day.

Finally, after four full days of moviegoing, distributors found something to get excited about in a last-minute entry to the festival, writer-director Lisa Cholodenko’s "The Kids Are All Right," a comedy-drama starring Julianne Moore, Annette Bening and Mark Ruffallo.

The film tells the story of a gay couple – Moore and Bening — who have two teenaged children via an unknown sperm donor.

When their 15-year-old son decides he wants to know who his father is, he finds Mark Ruffalo, a bohemian sort who becomes an unexpected addition to this modern family

The film combines humor with serious social issues, in a "Juno-"-ish kind of way, reported those who were at the premiere. Cholodenko ("High Art," "Laurel Canyon") is known for sharp dialogue and taking on edgy social issues – here she’s created a film that might have been called, "It’s Really Complicated."

At a festival that has been so far lackluster in sales, distributors walked out enthused about the film’s commercial potential. Focus executive James Schamus hugged Cholodenko enthusiastically after Monday night’s screening.

Fox Searchlight was said to be keenly interested, but was not expected to make a bid until morning. Summit also expressed interest, but by near midnight had not yet bid, according to a knowledgeable executive. Focus Features was also believed to be in the mix.

John Sloss at Cinetic was handling the sale of the film, which was financed by producer Gary Gilbert. More details as they come.