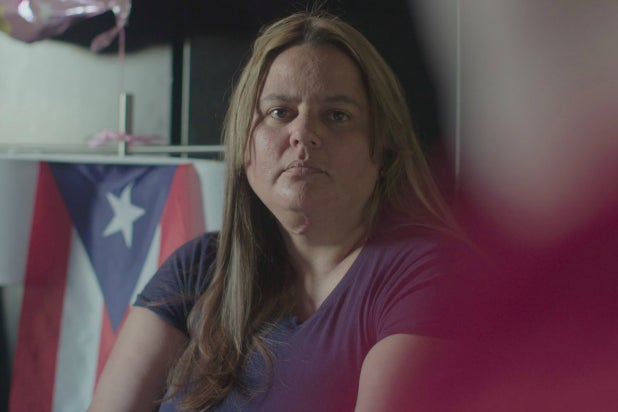 It’s been nearly two years since Hurricane Maria ripped through Puerto Rico, devastating thousands of homes, stripping families of electricity for months and killing nearly 3,000 people. While much time has passed, and the catastrophe has faded from mainstream headlines, the new documentary short “After Maria” shows that there is still much work to be done, as it highlights Puerto Rican survivors who struggle to restore their lives.

There was once a time when both Puerto Rico and Flint, Michigan — places in the United States both crippled by a lack of basic resources (electricity and clean water, respectively) — were being discussed constantly in the news and on social media. People were demanding for the residents’ fundamental needs to be met. More specifically, they were urgently calling for the American government to offer additional aid when it seemed like Donald Trump and other decision-makers had turned their backs.

But in today’s 24-hour news cycle that announces a new disaster seemingly every day, these cries have quieted, despite the fact that Puerto Rico natives like Glenda, Sheila, Kenia, and her daughter Nilda — the women featured in “After Maria” — continue to be displaced and discouraged following the storm.

Director Nadia Hallgren (“Gavin Grimm vs.”) moves beyond the physical atrocities depicted in the news to reflect intimately on how these women’s lives were virtually destroyed by Maria, tracing their stories from the island to a Bronx hotel that FEMA provided them for temporary shelter. Despite the prevailing narrative in the headlines that faulted them for taking advantage of free lodging in New York City, these families were happy, healthy, economically stable — and most profoundly, they loved Puerto Rico. The thought of leaving their home, where 11-year-old Nilda cherished the food and people, added to their tragedy. The film emphasizes that these women were not seeking handouts. “It didn’t matter if you had money or not,” as one states via voiceover. Hurricane Maria devastated everyone.

That’s captured with Hallgren’s striking cinematography as she begins “After Maria” in Puerto Rico just as the women are forced to evacuate in 2017, before spending the bulk of the film with them in 2018 in the Bronx, where each family is squished together in one room. For instance, we see Kenia heating food up on a hot plate plugged in at the windowsill while Nilda lays in their bed just inches away. Of course, they are all grateful to have a warm place to sleep at night, but it is a far cry from their homes in Puerto Rico.

Their downsized residences are a non-issue, however, as every day they are faced with their impending homelessness; their shelters have a very defined expiration date, even though Puerto Rico is nowhere near repaired. Hallgren follows them as they are turned down by one housing department after another when they try to rent their own apartments in an already congested city, while also trying to renegotiate with FEMA about their lodging. It’s heartbreaking to hear them on the phone pleading for shelter, only to be told that their time has run out with no suggested alternative. On top of that, they have to watch continued news reports about the devastation in Puerto Rico on TV, where Trump declares recovery efforts “an unsung success.”

Meanwhile, Nilda is so traumatized by the transition of leaving her home and her friends for a city where her classmates bully her that she starts pulling out her hair. It gets so bad that she has to see a psychologist. Kenia has to say goodbye to her dying father back on the island all the way from her hotel room. Another woman who has tumors in her throat struggles to find new healthcare while in New York. And they’re all grasping to find work as pressure from FEMA mounts.

While much of “After Maria” is bleak, considering that the crisis is still in effect, Hallgren manages to find some moments of happiness in each of the women’s lives while they are away from home. Joyous birthday parties, complete with silly string and balloons in their cramped spaces, come and go, and couples enjoy quality time together, offering a night off from their worries. At one point Kenia even says, “I try to be happy and helpful” despite the circumstances. Hallgren tries to show a sense of community among the survivors at the hotel; they’re there for each other when no one else is.

But of course these moments of comfort and solidarity are soon met with a bleak reality when these families must either try to stay in homeless shelters in New York City or go back to Puerto Rico, where their homes have been demolished and Nilda can’t even attend school. As the film sadly reflects, there is nowhere to go when the government that is supposed to protect and serve — as well as the news headlines — have all moved forward without you.

“After Maria” is an affective, personal film that humanizes a persistent national tragedy.