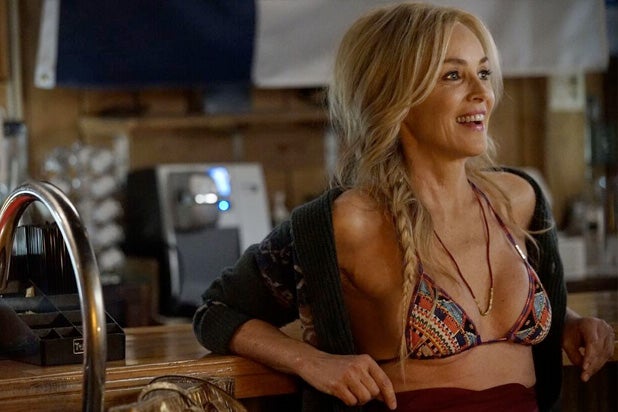 A few days ago, my 13-year-old daughter walked in when I was doing my makeup, stared at me quizzically and said, “I don’t know why you bother, mom. You’re old, nobody cares.” I swallowed the hurt and told her the truth, “If I don’t wear makeup people will think I’m ill, I don’t want to scare anyone.” A beat of thought from the teenager, then, “That’s valid.”

Before making “All I Wish,” my new film and first as a feature director, I was the very definition of a wannabe, bouncing around from meeting to meeting, trying to convince someone to give me a chance. It took 13 years of knocking on doors for one to finally open. Sadly, the effects of gravity were not suspended during my long, meandering journey. I did my best to fight back. I won some battles (squats helped) but lost others. (Knee fat, where did you come from?)

As I gear up to start looking for my next job, the No. 1 piece of advice I got was this: “Don’t tell anyone how old you are!” As much as I might like to lie about my age, anyone who bothers to glance at my credits will see I’m no wunderkind — I worked on “Cheers” when Woody Harrelson still had hair. My Instagram proudly heralds that my children are no longer babies, and that I was no baby when I birthed them. The evidence is undeniable, even without looking at my knees.

I don’t know when youth became a more valuable currency than experience, or why mom jeans are sad, but I am tired of the pressure to misrepresent my station in life. I know “middle-aged mother of two” does not scream “rising star!” but it hardly deserves the same stigma as diarrhea breath.

Who decided number of Instagram followers is more valuable than real-world knowledge? And why do we regard time on earth as a liability, when being able to put things in context should be regarded as nothing less than a superpower, because the ability to speak from experience is a pretty spectacular skill, and sorry — there’s no app for that.

By the age of 50, most people have raised children, buried parents, survived surgeries, root canals and divorce (if not their own). They’ve been through inspirational presidents, bad economies, disco, grunge rock, hair bands, rap. They’ve loved, they’ve lost, and — contrary to popular belief – still know how to work the remote.

Also Read: Liv Tyler Says Being 38 Is 'Not Fun' in Hollywood: 'You're Usually the Wife or Girlfriend, a Sort of Second-Class Citizen'

In my movie about a woman who finds love and success in her 50s, Sharon Stone and Tony Goldwyn wear bikinis (yes, him too), play volleyball, have sex and smoke pot. They are vibrant and adventurous and exhibit many appealing qualities, including wisdom, humility and wicked senses of humor sharpened by vast life experiences. If you are inclined to think 50-year-olds have no business frolicking on the beach, maybe you need to hang out with more 50-year-olds, because — as Sharon and Tony prove — you don’t have to be 20 to be hot, fun, or relevant.

After a recent preview of the movie, a woman came up to me weeping. Her kids had recently left for college, she had been through a terrible divorce. And for the first time, because of seeing characters her own age still searching, stumbling, overcoming, she felt hope that she could still do something amazing with her life. She thanked me for showing her she wasn’t a wash-up, that she still had a lot of living left to do. I was like, duh!

If you disagree with the notion that shiny hair and perky breasts are more marketable than experience and wisdom, say it out loud. Commend people for their accomplishments, not their lip look. Use your voice to change the narrative. Because those of us who built businesses or ran marathons or made movies while raising kids and fighting off arthritis really are superheroes.

If you’re one of them, own it. And maybe the narrative will change.

Aging stars are still being paired romantically with actresses who could be their daughters, in films from ”Pretty Woman“ to ”The Girl With a Dragon Tattoo“

View In Gallery
BIO Susan Walter
Susan Walter is a Harvard graduate who got her start as assistant director trainee on David Lynch's "Twin Peaks: Fire Walk With Me." She also worked as assistant director on such films as "Naked," "Chasers" and "Alien: Resurrection." Her TV credits include such series as "Cheers," "Seinfeld," "Caroline in the City" and "Dharma and Greg." She founded iStar Entertainment, producing and directing original internet content. She made her directorial debut on the Sharon Stone-Tony Goldwyn romance "All I Wish," which she also wrote. The film hits theaters March 30.

Susan Walter is a Harvard graduate who got her start as assistant director trainee on David Lynch's "Twin Peaks: Fire Walk With Me." She also worked as assistant director on such films as "Naked," "Chasers" and "Alien: Resurrection." Her TV credits include such series as "Cheers," "Seinfeld," "Caroline in the City" and "Dharma and Greg." She founded iStar Entertainment, producing and directing original internet content. She made her directorial debut on the Sharon Stone-Tony Goldwyn romance "All I Wish," which she also wrote. The film hits theaters March 30.