“America’s Got Talent” revealed America’s Wildcard winner on Tuesday’s show, with the return a previously eliminated contestant who beat out several others for a chance at redemption: Storm Large.

“AGT” host Terry Crews had the pleasure of announcing the results of the special event on Tuesday’s edition of the NBC competition, with Storm Large coming out on top. 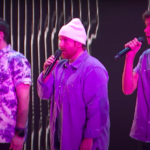 In the video above, you can see her performance as she returns to the “AGT” stage for a shot at making it through the quarterfinals and onto the semifinals round. She manages to impress the judges — minus Simon Cowell, of course — with a very emotional cover of “Take on Me” by A-Ha.

Last night’s episode of “America’s Got Talent” Season 16 marked the third and final quarterfinals performance episode, with Wednesday’s installment set to reveal which acts from this round will move on to join the two other batches of contestants in the semifinals next week.

Along with Large’s triumphant return to the “AGT” stage, here are the key moments from last night’s episode, per NBC: Singer Brooke Simpson blew the judges away with her powerful performance of Billie Eilish’s “Lost Cause,” earning her a standing ovation from the judges and audience; Hand balancing group Rialcris came all the way from Colombia to deliver a dangerous and difficult performance that Simon deemed a “Vegas act”; and Terry’s Golden Buzzer act, World Taekwondo Demonstration Team, closes the show with an epic performance that combined acrobatics and sensational taekwondo skills. 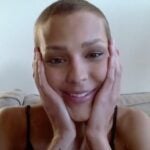 Also Read:
Simon Cowell Chokes Up During Nightbirde’s Virtual Return to ‘AGT': ‘You Haven’t Let Anyone Down’ (Video)

A new episode “America’s Got Talent” airs tonight, Wednesday, at 8/7c on NBC. During that episode, we’ll find out the results of Tuesday’s quarterfinals round.