“America’s Got Talent: Extreme” is not on the midseason schedule NBC released Friday, but the network is still “planning” to air it then, Frances Berwick told TheWrap. This, despite the “America’s Got Talent” spinoff’s ongoing production hiatus and pending investigation into a scary on-set accident during a stunt gone wrong.

“We are still planning to have it on the schedule. We haven’t set a date for it,” Berwick said. “We’ve certainly paused production and as you know, we have an investigation ongoing into what actually happened. But we do anticipate the show coming back in midseason.”

Asked if there are new or changed safety protocols for when the show returns from its production hiatus, Berwick said, “Obviously, we had a lot of safety protocols in place. We have to conclude the investigation, but we’ve certainly paused production for the time being.” 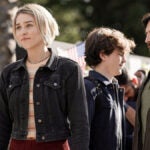 One of the logical places for “AGT: Extreme” to air would be the vacant Sunday time slots following the conclusion of the NFL season, Super Bowl LVI (which NBC also has) and the 2022 Winter Olympics.

That could happen, Berwick acknowledged. But she was pretty cagey about the whole thing.

Last month, stunt performer Jonathan Goodwin was horribly injured on the set of “AGT: Extreme,” to the point that paramedics initially thought he was dead.

Goodwin, who appeared on the flagship version of “America’s Got Talent” last year, was performing a truly insane stunt in which he attempted to escape from a straitjacket while hoisted 70 feet in the air and suspended between two swaying cars. Goodwin got loose from the jacket but then became wedged in between the two cars as he fell (there was an air mattress on the ground to catch him). The impact caused the cars to explode, and when Goodwin finally landed, he hit his head.

On Oct. 20, Goodwin shared a status update from his hospital bed, his face badly injured and his arm in a cast, but making a funny face.

“A couple of days ago my life took a complete left turn… and the outpouring of love from all the corners of the world; from people I didn’t even think would know or remember me… has just been astonishing. Truly incredible,” Goodwin wrote. 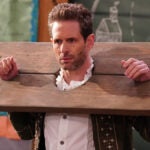 Later in the post, he added: “To death I say nananana boo boo… and to the rest of you… watch this space. There is a long road to recovery and that won’t look like what it did…I may leave the daft shit alone for a while, but I have a lot left to do in this world.”

Per NBC’s logline, “Each week contestants will go head-to-head in the most wild, intense and often times beautiful performances to vie for a $500,000 prize and the ultimate title, the champion of ‘America’s Got Talent: Extreme.'” 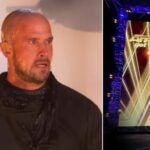 Along with “AGT: Extreme,” previously ordered NBC shows that have not yet received a premiere date include “The Wheel” “L.A. Fire and Rescue” and “Night Court.”

New shows that did make the cut for midseason are comedies “American Auto” and “Grand Crew,” drama “The Endgame,” the revival of “Law & Order,” limited series “The Thing About Pam” and unscripted shows “American Song Contest” and “That’s My Jam.”