Academy Award Winner Peter Ramsey will direct at least one episode of “Ahsoka,” the upcoming “Star Wars” series on Disney+ centered on Rosario Dawson’s ex-Jedi Ahsoka Tano, according to an individual with knowledge of the project.

Ahsoka Tano made her live-action debut in the second season of “The Mandalorian.” Before that, the former Jedi Knight, who was a protégé of Anakin before he turned to the Dark Side, had only appeared in the animated series “Clone Wars” and “Rebels.” 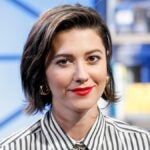 Plot details for “Ahsoka” are kept under wraps, but the series will be set within the timeline of “Mandalorian,” meaning that it will come in between “Return of the Jedi” and “The Force Awakens.”

“Ahsoka” joins fellow “Star Wars” series “The Book of Boba Fett,” (which premiered in December), “Obi-Wan Kenobi” and the “Rogue One” spinoff “Andor” which sees Diego Luna return to the galaxy far, far away. Additionally, the third season of “The Mandalorian” is on the horizon as well.

Ramsey is best known as being the first Black filmmaker to direct a major American animated film, 2012’s “Rise of the Guardians,” and for co-directing 2018’s “Spider-Man: Into the Spider-Verse.” Ramsey is also the first Black filmmaker to get nominated and win the Academy Award for Best Animated Feature for “Into the Spider-Verse.”

Next up, Ramsey will executive produce the two back to back “Spider-Man: Into the Spider-Verse” sequels along with fantasy mini series “Lost Ollie” for Netflix, which he executive produced and directed. Ramsey is also developing “love Vain,” a biopic about Blues music pioneer Robert Johnson, which is set up at Paramount. Ramsey will direct “Blood Count,” a period vampire thriller also for Paramount.

Ramsey is represented by Verve and attorney Todd Stern.