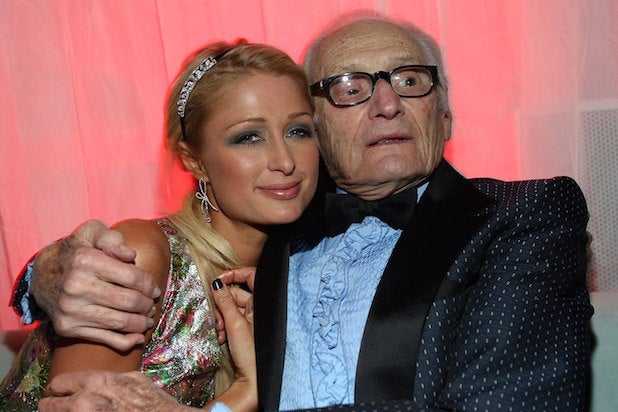 The Charles Aidikoff Screening Room in Beverly Hills is closing for business on Tuesday, an individual with knowledge of the situation told TheWrap.

The popular screening venue is shutting down due to a court order. While details remain vague, the problem involves the lease at 150 S. Rodeo Drive. It is unclear if or when the screening room will reopen.

Reached for comment, Josh Aidikoff told TheWrap he had to converse with his business partner and their attorney before he could officially comment on the situation.

TheWrap recently received an invite for the Jason Sudeikis-Alison Brie comedy “Sleeping With Other People” that offered two opportunities to see the film at the Aidikoff Screening Room on Aug. 13 and Aug. 26. Those screenings will rescheduled at a different venue according to the film’s publicist.

Famed projectionist Charles Aidikoff (pictured above with Paris Hilton in 2007) is a member of the Academy of Motion Picture Arts and Sciences who recently celebrated his 100th birthday in February. His private screening room has become a preferred location to debut films during awards season.

The Aidikoff Screening Room is beloved amongst critics, journalists and other industry insiders thanks to its unique poster art, photos of Aidikoff with hundreds of celebrities and, of course, its free candy basket.