Former USC student Jason Reitman returned to campus in triumph Saturday night, as his script for "Up in the Air" was named the year’s top adaptation at the 22nd Annual USC Libraries Scripter Awards. 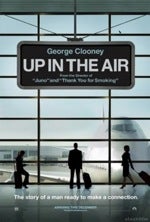 The dinner ceremony was held inside the Los Angeles Times research library, in the Edward L. Doheny Jr. Memorial Library on the USC Campus. The emcee was Catherine Quinlan, Dean of USC Libraries.

"Adaptation is collaboration," said Reitman when he accepted his award. "I’m really glad that you guys do this award, because it really speaks to how many writers work on a film."

Earlier, Reitman had drawn laughs when he began his speech by saying, "I am a Trojan. It is a thrill to finally come inside this library."

His father Ivan, he said, had actually spent more time in the library than Jason, because the elder Reitman shot the New York Public Library scenes from "Ghostbusters"at USC. 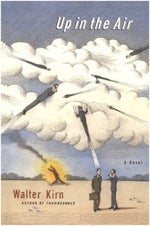 "It still hasn’t completely sunk in what’s happening, but today is one of the best days I’ve had this awards season," said Fletcher, who in the morning appeared in a screenwriters panel at the Santa Barbara International Film Festival.

Former Scripter winner and "Schindler’s List" writer Steven Zaillian presented the Scripter Literary Achievement Award to Eric Roth ("Forrest Gump," "The Insider," "The Curious Case of Benjamin Button"), who remembered the two times he’d been nominated in the past.  "Both times I suffered the ignominity of losing to lesser works whose names escape me," he joked.

The writers who didn’t win can console themselves with this: Only six times in the 22 year history of the award has the Scripter winner gone on to win the Oscar for Adapted Screenplay.