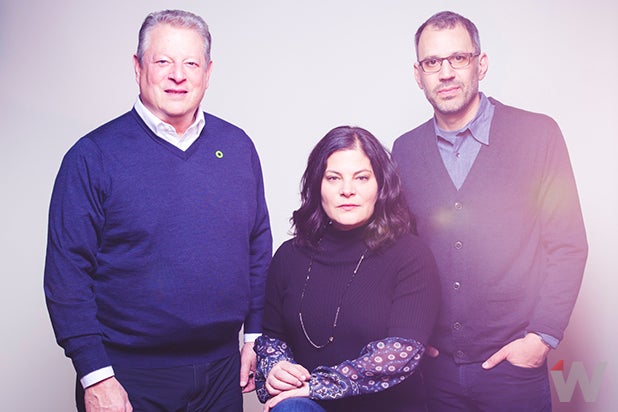 President Donald Trump just landed himself a juicy movie role by pulling the United States out of the landmark Paris Climate Agreement.

Filmmakers behind “An Inconvenient Sequel,” a documentary that covers the accord’s signing and stars Al Gore, will update the movie to include Trump’s Thursday withdrawal from the emissions-cutting deal before it hits theaters in July.

The highly criticized move “will appear in the final film,” a spokesperson for Paramount Pictures told TheWrap. The studio is releasing the movie with Participant Media.

Including the development not only makes the doc timely, it will likely help keep narrative pace. The climax of the film sees Gore riding through the streets of Paris, wheeling and dealing to get people on board for the agreement ahead of United Nations 2015 Climate Change Conference.

“Inconvenient Sequel” is a follow-up to Davis Guggenheim’s Oscar-winning 2006 film “An Inconvenient Truth,” which followed Gore’s efforts to convince legislators and the public of the devastating effects of climate change.

“Removing the United States from the Paris Agreement is a reckless and indefensible action,” Gore said in response to Trump’s decision.

“It undermines America’s standing in the world and threatens to damage humanity’s ability to solve the climate crisis in time. But make no mistake: if President Trump won’t lead, the American people will,” he concluded.

“An Inconvenient Truth”  opens in limited release on July 28, and expands wide on August 4.