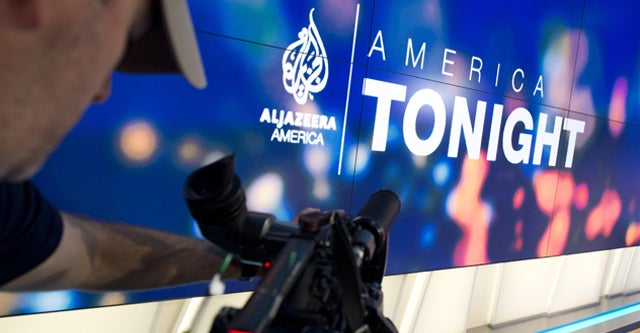 Al Jazeera America has responded to AT&T's last-minute drop of its new news channel with a lawsuit.

Al Jazeera is suing the telecommunications giant for violating its agreement to broadcast the channel, which debuted on Tuesday, on its U-Verse service. The network issued a statement bemoaning AT&T for unilaterally deleting it from its service and presenting it "with circumstances that were untenable — an affiliate that has willfully and knowingly breached its contractual obligations.

"Accordingly, we had no choice but to take this action and to enforce Al Jazeera America's rights under its agreement with AT&T — and to compel AT&T to do the right thing," Al Jazeera stated.

AT&T said it declined to carry the service, which is taking over Current TV slot on airwaves, due to inability to come to terms and unspecified breaches of its existing agreement.

"As a result of our inability to come to terms on a new agreement and due to certain breaches of the existing agreement we have decided not to carry Current TV on U-verse," said AT&T spokesperson Mark Siegel told TheWrap.

He declined to elaborate on what breaches AT&T has accused Al Jazeera America of committing and said that he had not yet seen Al Jazeera's complaint.

The complaint itself was sealed.

AT&T has about 5 million U-verse subscribers, though the company would not specify how many had the package that included Al Jazeera America.

"Al Jazeera America's strong hope is to resolve this matter quickly so that AT&T's
customers will have access to our unbiased, fact-based and in depth coverage of
the news that is important to Americans," the company said.

Al Jazeera America is the first cable news channel to launch since Fox News back in 1996. The network has plenty of cash, and is funded by the oil-rich royal family of Qatar, but has significant obstacles to overcome in the U.S., including far lower carriage than cable news rivals CNN, MSNBC and Fox News

Time Warner Cable, for example, previously dropped the channel from its lineup.