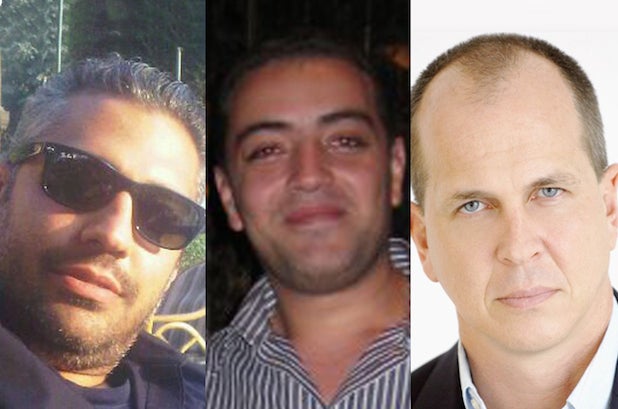 Three Al Jazeera journalists who have been jailed in Egypt since December were convicted of aiding the Muslim Brotherhood and given long prison sentences on Monday, drawing outrage from free speech and human rights advocates around the world.

Egyptian courts gave Peter Greste, an Australian, and Mohamed Fahmy seven years in prison for charges that included spreading false news, conspiring with the Muslim Brotherhood, and endangering national security; a local cameraman named Baher Mohamed was given ten years after being convicted on a second, separate charge.

British journalists Sue Turton and Dominic Kane, and Dutch journalist Rena Netjes, were convicted and given seven years in absentia.

“This is not a system,” Fahmy’s brother said. “This is not a country. They’ve ruined our lives. It shows everything that’s wrong with the system: it’s corrupt. This country is corrupt through and through.”

The closely watched trial was largely discredited as a political theater and muscle flexing; Amnesty International charged that it was a show of strength against Egypt’s long-time political rival, Qatar, the country that both finances Al Jazeera and is closely linked to the Muslim Brotherhood, an organization banned by Egypt after the ouster of President Mohamed Morsy last year.

“There is only one sensible outcome now. For the verdict to be overturned, and justice to be recognised by Egypt,” Al Jazeera English managing director Al Anstey said in a statement.

Greste was a former employee of CNN, Reuters and the BBC, while Fahmy was a former CNN journalist, as well. Their cases could still be appealed to a higher court, leaving hope of a pardon.

“This is terribly devastating,” Michael Greste, the brother of Peter Greste, told reporters. “I am stunned, dumbstruck. I’ve no other words.”