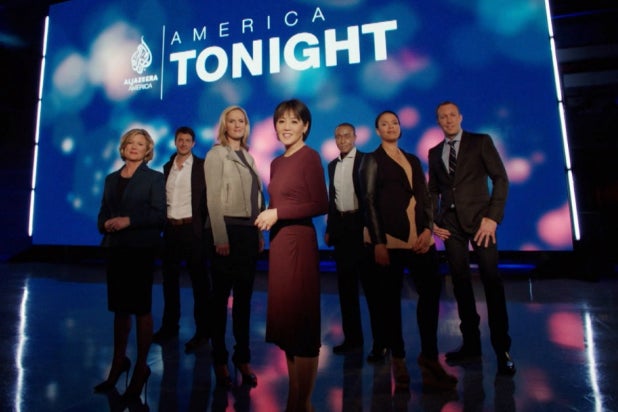 After hiring hundreds of people, including former CNN anchors Joie Chen and Soledad O’Brien; and promising to deliver unbiased reporting, Al Jazeera America launched to lots of attention last August. But so far, the network hasn’t sparked much interest from viewers.

“Al Jazeera America launched with the intent to fill a perceived void — presenting straightforward national and international TV news. But being a 24/7 cable channel may not be the best way to reach that audience,” said Chris Ariens, editorial director of the news-industry focused Mediabistro. “News consumers are getting information on demand, when and how they want it.”

On April 11, Al Jazeera America parted ways with between 60 and 100 employees. In a memo to staff,  AJAM president, Kate O’Brian, said the layoffs were part of a restructuring, and that most of the people let go were contract employees.

“This will have an immediate impact on some staff, freelancers, independent contractors, and other project-oriented individuals who have been with us for several months,” O’Brian said.

The timing surprised Ariens as well: “A pullback following such an ambitious start-up was inevitable, but I didn’t expect such big cuts so soon.”

AJAM also disbanded its sports unit and scaled back the social media program, “The Stream,” from five days a week to two. “The sports department cuts don’t surprise me at all,” Carusone said. “It seems unnecessary if you are a new network trying to compete in that space.”

Ariens agreed: “There’s already a lot of competition out there with ESPN, NBC Sports Network and Fox Sports 1 making sports their entire business.”

AJAM spokeswoman Jocelyn Austin told TheWrap that the network still has more than 800 employees, and no more cuts are planned “at this time.” In fact, Austin says AJAM has many new shows in development.

Also read: CNN’s Sanjay Gupta on Deadly Ebola Outbreak in Africa; Whether It Could Spread to US

But AJAM also has another issue to contend with — a perception problem with U.S. viewers.

The cable network’s sister channels, Al Jazeera (Arabic) and Al Jazeera English have won a series of prestigious awards for their in-depth reporting. Yet many U.S. viewers still associate the Al Jazeera brand with an alleged anti-American bias because it broadcast videos from Osama Bin Laden a decade ago.

“In some ways the name was tainted by the way the brand was initially introduced to Americans,” Carusone said. “The name is a barrier… but I don’t think it is the end all, be all.”

Al Jazeera America is funded by the government of Qatar, which paid a reported $500 million to purchase Current TV and its cable clearance in the U.S. But so far, AJAM is averaging only half the audience of its predecessor.

“It’s going to be tough for them turn [the network] into a profitable entity,” Carusone said.

So the question remains — how long will the channel’s backers continue to pump money into something so few people are watching?

“They made it clear that they’re committed to producing this product. If you take them at their word, they’re in it for a while,” Carusone said.