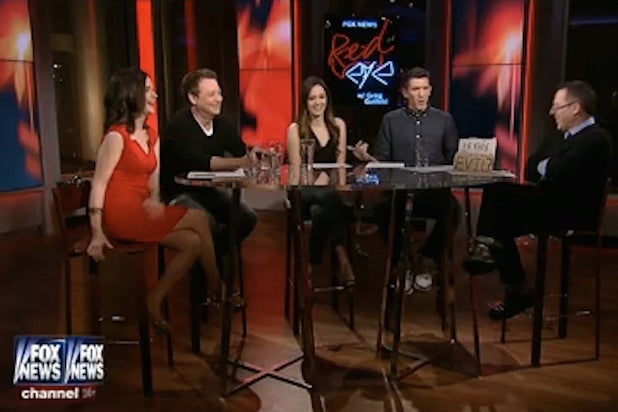 HBO can cross Fox News off their invitation list for the “Entourage” premiere.

The panelists of Fox News’s “Red Eye With Greg Gutfeld” responded to the news of the “Entourage” movie wrapping filming by ripping on the stupidity of the show.

“The idea of an ‘Entourage’ movie — can we get anymore evil?” Gutfeld riffed.

“I feel like every actor would think that is the dream show,” actress Joanne Nosuchinsky argued. “Yeah, we get to be cool on TV and be this cool in real life and go to the party after we played that we were at the party. Wouldn’t you rather be on ‘Game of Thrones’ or ‘Mad Men’ because it is a character piece. You know, is a timepiece. I don’t understand!”

“Their skill is they untuck their shirt and they walk down an alley together and they are on the phone,” Gutfeld observed without realizing that was the precise B-roll they were playing.

Gutfeld tried to get co-host Andy Levy to defend the show.

“Oh hell no!” Levy exclaimed. “The problem with this movie was it was bad enough when all the watched the show, no offense to you. Now it is aging bros. It is aging bros who are going to this movie and there is nothing sadder than aging bros.”