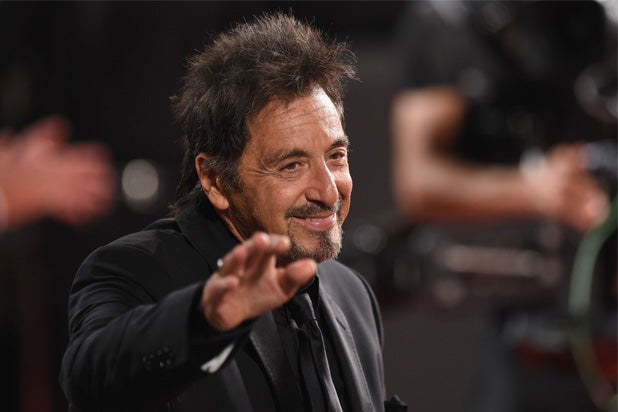 The film is a true story drama Mildred Gillars, the woman who unwittingly became the voice of Nazi propaganda aimed at U.S. troops during World War II, earning the titular nickname.

Williams will play Gillars, with Pacino playing the lawyer tasked with representing Gillars after she was arrested on eight counts of treason. Vance Owen and Darryl Hicks wrote the script, which is adapted from the William Owen nonfiction book “Axis Sally Confidential.” Michael Polish will direct the film, which will start filming in January.

Since announcing the purchase of EFO, MoviePass Films has announced an ambitious slate of planned productions and co-distributions, even as Helios & Matheson’s stock continues to drop. The company has co-distributed the recent NEON releases “Monsters and Men” and “Border,” and has finished filming on the Mel Gibson film “Boss Level.” Other films on the slate include the horror film “The Reckoning” and the Bruce Willis/Michael Chiklis action film “10 Minutes Gone.”

Pacino and Williams are repped by CAA. The deal was first reported by Deadline.