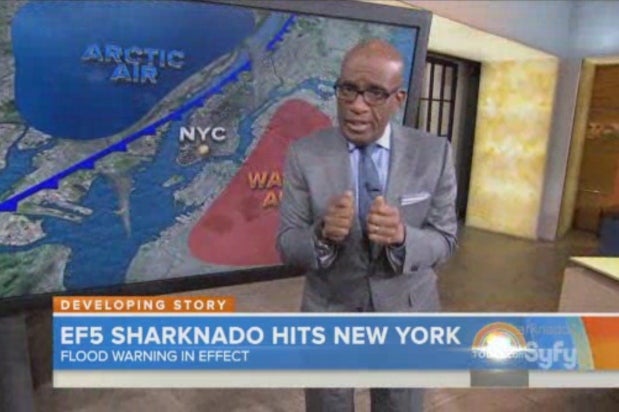 Al Roker is biting the hand that feeds him. In a new Weather Channel segment, the “Today” co-host boldly reported that a sharknado couldn’t really happen — even though he appears in “Sharknado 2.”

Roker’s position puts him in direct conflict with fellow “Sharknado” star Tara Reid, who says a sharknado is indeed possible, given the right convergence of complex meteorological phenomena.

But that didn’t stop Roker from diving into the controversy. Nor did the possibility that his hard-nosed journalism might keep people from tuning in to watch the SyFy sequel, premiering Wednesday.

Roker boldly surveyed weather experts who agreed that there is no scenario in which hundreds of sharks could be swept through the air, munching on all they survey.

One shark though? Maybe.