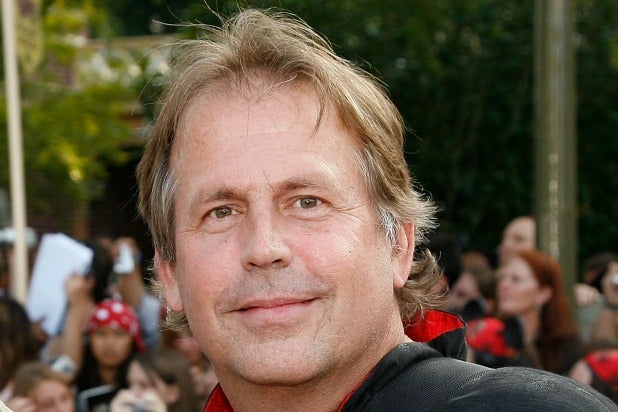 Terry Rossio, the Oscar-nominated screenwriter of “Shrek,” “Aladdin” and the “Pirates of the Caribbean” franchise, was lambasted on Twitter on Friday for using the n-word in a tweet.

In the tweet, Rossio said that calling people who are opposed to vaccinating their kids “anti-vax” is like calling someone the n-word.

“My heart goes out to all the parents of vaccine damaged children, who have to not only endure the sadness of their loss, but also the vitriol of ill-informed and insensitive people (such as those here). Anti-Vax is equivalent to calling someone a n—er and makes as little sense,” Rossio wrote. (He did not dash out the letters.)

My heart goes out to all the parents of vaccine damaged children, who have to not only endure the sadness of their loss, but also the vitriol of ill-informed and insensitive people (such as those here). Anti-Vax is equivalent to calling someone a nigger and makes as little sense.

Birth.Movies.Death news editor Scott Wampler was among those who weighed in, tweeting: “Guess who’s probably not writing the next ‘Pirates of the Caribbean'”

Disney did not immediately respond to TheWrap’s request for comment. Rossio, who was credited on the 1992 version of “Aladdin,” is also credited on the upcoming live-action remake, as well as Warner Bros.’s “Godzilla vs. Kong.”

Warner Bros. referred a reporter to Legendary, which is producing the film. Legendary did not immediately respond to a request for comment.

Over the summer, Disney fired “Guardians of the Galaxy” director James Gunn after conservative critics surfaced old tweets in which he had joked about rape and pedophilia.

Rossio, in 2016, teamed with Dr. Jocelyn Stamat to acquire the film rights to “Callous Disregard: Autism and Vaccines — the Truth Behind a Tragedy,” by Dr. Andrew Wakefield.

The book, published in 2010, details the events surrounding a 1998 paper in the British medical journal The Lancet, co-authored by Wakefield, that investigated whether there was a link between chronic enterocolitis and neuropsychiatric dysfunction in 12 children, most of whom had received the measles, mumps and rubella vaccine.

In 2010, The Lancet retracted the paper after accusations of misconduct were leveled against the co-authors. That same year, the United Kingdom’s General Medical Council, in the lengthiest trial in its history, revoked Wakefield’s medical license.

God, this is such a good point. I remember how American founders and citizens enslaved vaccine skeptics for decades. And then, even after freeing them, the government enshrined laws to marginalize vaccine deniers and to deny them wealth and opportunity. That's just history.

Not just ignorant, but also racist (and with a super-heavy dose of whiny oblivious victimhood to boot). Reported and blocked.

There is no equivalent to the n word. None. Not in this country.