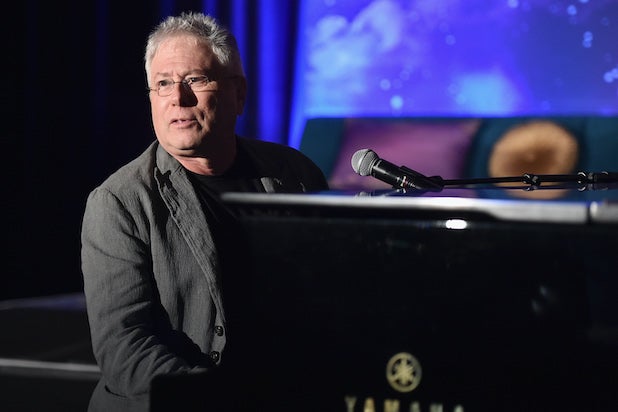 “Spellbound” is now slated for global theatrical release on Nov. 11, 2022. This follows the release of Skydance Animation’s first original feature “Luck,” which will open domestically Feb. 18, 2022 with a worldwide rollout to follow.

In addition to Menken, “Spellbound” boasts a who’s who of animation royalty. It’s directed by “Shrek’s” Vicky Jenson and written by Lauren Hynek and Elizabeth Martin (“Mulan”) and Linda Woolverton (“Beauty and the Beast,” “The Lion King”), with “Shrek” producer David Lipman recently joining the project.

“Spellbound” is set in a world of magic, where a young girl must break the spell that has split her kingdom in two. Menken will write original music for the project, and Glenn Slater (“Tangled”) is writing the lyrics.

“Luck” is directed by Peggy Holmes (“Secret of the Wings,” “The Pirate Fairy”) and features the unluckiest girl alive who stumbles upon the never-before-seen world of good and bad luck and must join with magical creatures to uncover a force more powerful than even luck itself.

“‘Luck’ and ‘Spellbound’ create rich worlds and compelling characters that we know will resonate with audiences everywhere. It’s incredibly exciting to see our team of legendary creatives working around the clock and across the globe to bring these pictures to life,” president of Skydance Animation Holly Edwards said in a statement.

“‘Luck’ and ‘Spellbound’ mark the next phase of Skydance and Paramount’s commitment to feature animation for the theatrical experience,” Paramount’s president of domestic distribution Chris Aronson said in a statement. “These films not only continue our longstanding relationship with Skydance, but, along with Paramount Animation’s own upcoming films, mean we will be releasing event-level animated films for years to come.”

Skydance is led by Edwards and John Lasseter. Skydance Animation is also working on a slate of to-be-announced TV series in various stages of development.