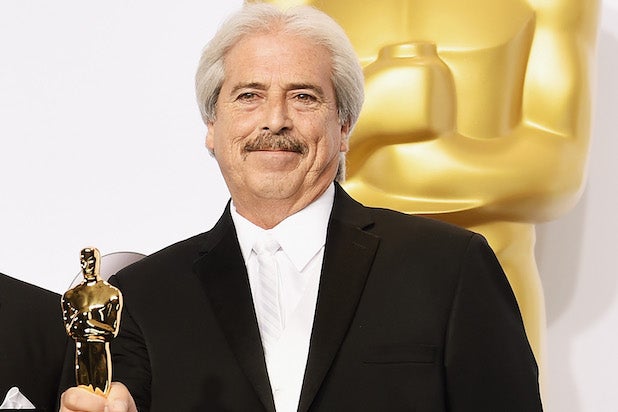 Alan Robert Murray, a two-time Oscar winner and sound editor who has worked on films such as “American Sniper,” “Joker” and “Letters From Iwo Jima,” has died. He was 66.

Murray’s passing was confirmed by his family via Kim Waugh, an executive with Warner Bros. Sound, where Murray has been based since 1979. His family said he died Wednesday. His cause of death was not mentioned.

“I, along with my Warner Bros. family grieve the loss of our dear friend Alan. His contribution to film sound is unrivaled. He will live in our hearts forever,” Waugh told TheWrap.

Murray was a frequent collaborator with Clint Eastwood and won his Oscars for two Eastwood films, “American Sniper” and “Letters From Iwo Jima.” In all, he would collaborate with Eastwood on 32 films, as well as worked as an editor on several more starring Eastwood.

Murray shares both of his Oscars with another frequent collaborator, Bub Asman, with whom he worked on over 50 films. And Murray also holds the record for the most Oscar nominations by a sound editor with 10 nominations, surpassing Richard Hymns’ nine nominations after he was nominated for “Joker” last year.

Murray’s work in sound dates to 1977, and some of his other early credits included “The Warriors,” “Escape From Alcatraz,” “Star Trek – The Motion Picture” and “The Postman Always Rings Twice.” His first Oscar nomination came for 1985’s “Ladyhawke,” which he shared with Robert G. Henderson. Some of his other credits for which he was nominated include “Lethal Weapon 2,” “Eraser,” “Space Cowboys,” “Flags of Our Fathers” and “Sicario.”

Murray also got to work with his son Blu Murray in the sound department for Eastwood’s “Sully,” for which Murray was nominated for what would be his ninth Oscar. Murray started his career at Paramount as mentored by Howard Beals, and he has since 1979 been based at Warner Bros. Sound.

Murray is survived by his wife Debbie and three children, Blu, Kevin and Hailey, all three of whom work in the film business.