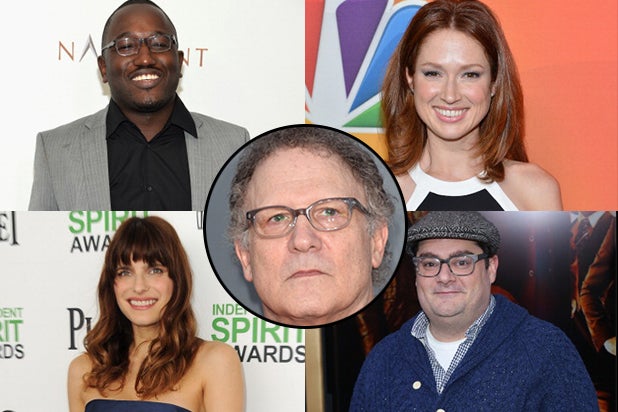 It was previously announced that Louis C.K., Eric Stonestreet and Kevin Hart will make their animated debuts in the film, which will be Universal and Illumination’s fifth fully-animated feature collaboration.

Illumination founder and CEO Chris Meledandri and his longtime collaborator Janet Healy will produce the film, which Chris Renaud (“Despicable Me”) will direct and Yarrow Cheney will co-direct.

For one bustling Manhattan apartment building, the real day starts after the folks on two legs leave for work and school. That’s when the pets of every stripe, fur and feather begin their own nine-to-five routine: hanging out with each other, trading humiliating stories about their owners, or auditioning adorable looks to get better snacks.

The building’s top dog, Max (Louis C.K.), a quick-witted terrier rescue who’s convinced he sits at the center of his owner’s universe, finds his pampered life rocked when she brings home Duke (Stonestreet), a sloppy, massive mess of a mongrel with zero interpersonal skills. When this reluctant canine duo finds themselves out on the mean streets of New York, they have to set aside their differences and unite against a fluffy-yet-cunning bunny named Snowball (Hart), who’s building an army of ex-pets abandoned by their owners and out to turn the tables on humanity… all before dinnertime.

Moynihan will voice a small but tough Pug named Mel who loves to flirt, while Bell will voice a sarcastic cat named Chloe, according to an individual familiar with the project.

Buress will also have a significant voice role, while Kemper is expected to voice Max’s human owner and Brooks is nearing a deal to voice a pet named Tiberius.

Also read: Lake Bell on Putting Jon Hamm in His Place and Finding Her Next Movie to Direct

Bell, who earned strong notices for writing, directing, producing and starring in the indie comedy “In a World…,” recently voiced the Mona Lisa in “Mr. Peabody & Sherman.” She currently stars opposite Jon Hamm in Disney’s “Million Dollar Arm” and will soon be seen in “The Coup” and the Simon Pegg movie “Man Up.” She’s repped by UTA, the Burstein Company and Ziffren Brittenham.

Kemper, who starred on “The Office” and appeared in both “Bridesmaids” and “21 Jump Street,” has a trio of comedies on the horizon, including Lionsgate’s “They Came Together,” Sony’s “Sex Tape” and A24’s “Laggies.” She’s repped by WME, Mosaic and attorney Ken Richman.