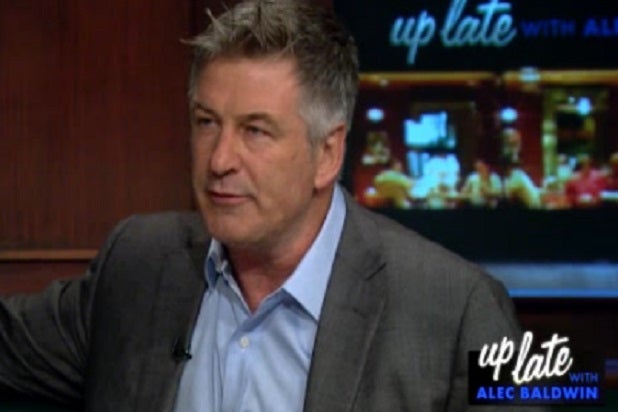 First, the good news for Alec Baldwin‘s new MSNBC show “Up Late With Alec Baldwin“: The series’ premiere gave MSNBC a substantial boost in total viewers over its week-ago numbers in the timeslot.

Now the bad news: The debut of the series actually dropped in the key 25-54 news demo, and couldn’t come close to Fox News Channel, which scored a decisive first place in the hour.

The debut of Baldwin’s new interview show at 10 p.m. Friday grabbed 654,000 total viewers — a 53 percent boost over the previous week in the timeslot, and a considerable victory over CNN’s “AC360 Later,” which posted 347,000 total viewers.

Judged against the previous four weeks in the timeslot for MSNBC, the “Up Late” premiere fared better, climbing 18 percent in the demo and 71 percent in total viewers.

Fox News Channel, which aired “Hannity” in the 10 p.m. timeslot Friday, saw small increases from the previous week and grabbed the hour’s best numbers, with 1.459 million total viewers — a 12 percent boost over the previous week. It had 338,000 in the demo, a marginal 1 percent increase that nonetheless gave the show nearly twice the viewership in the demo compared to “Up Late.”

CNN was down 52 percent in total viewers — nearly inverse to the boost enjoyed by NBC — and slid 58 percent in the demo.