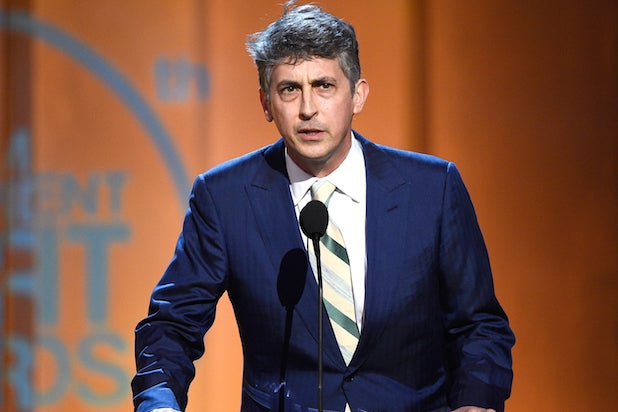 Alexander Payne has denied an accusation of sexual misconduct against actress Rose McGowan, who accused the “Sideways” director of grooming her into a sexual relationship and showing her a soft-core pornography film when she was 15.

Payne in a guest column in Deadline refuted the timeline and said he had never crossed paths with McGowan at the time she claimed the incident took place. He further denied ever directing a film under a different name or working with Showtime.

“Rose is mistaken in saying we met when she was fifteen, in the late 1980s. I was a full-time film student at UCLA from 1984 until 1990, and I know that our paths never crossed,” Payne wrote.

McGowan would later follow up that post with a statement saying, “I just want an acknowledgment and an apology. I do not want to destroy. This was me at 15.”

Payne added that he did meet McGowan in 1991 during his first directing job for a show for Playboy Channel but that she did not get the part, and that they went out on subsequent dates but have remained friendly for years afterwards.

“While I cannot allow false statements about events twenty-nine years ago to go uncorrected, I will continue to wish only the best for Rose,” he concluded.

Payne, who is 59, would have been around 27-years-old at the time of McGowan’s accusation.

The actress has become a leading figure in the #MeToo movement since she accused Weinstein of raping her at a Sundance Film Festival hotel in the late ’90s. Since coming forward with her story, she has starred in “Citizen Rose,” a four-part docu-series on E!, and become the first woman to win the Inspiration prize at the GQ Men Of The Year awards.