Alexis Bledel says she is leaving “The Handmaid’s Tale” ahead of Season 5. She’s played Emily (aka Ofglen), since the series premiered.

In a statement obtained by TheWrap, she wrote, “After much thought, I felt I had to step away from ‘The Handmaid’s Tale’ at this time. I am forever grateful to Bruce Miller for writing such truthful and resonant scenes for Emily, and to Hulu, MGM, the cast and crew for their support.”

Miller is the creator and executive producer of the series, which is based on the book by Margaret Atwood. 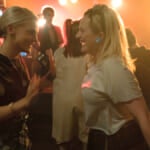 Bledel’s character, who at first seemed to be a docile handmaid, later admitted to main character June (Elisabeth Moss) that she is a lesbian, which was now forbidden, and a member of the underground resistance. Emily was exiled to the brutal Colonies after she purposefully drove over a Commander in a cheer-worthy moment.

She won a supporting actress Emmy in 2018 or her performance and was nominated three more times.

Prior to “Handmaid’s Tale,” she was known for her role as Rory Gilmore on “Gilmore Girls,” and also appeared on “Mad Men” and in the two “The Sisterhood of the Traveling Pants” films. 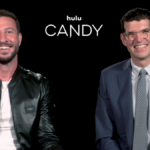 No premiere date has been announced yet for a “Handmaid’s Tale” Season 5. 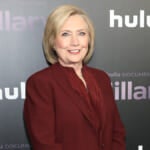 “The Handmaid’s Tale” is from from MGM Television and is internationally distributed by MGM.