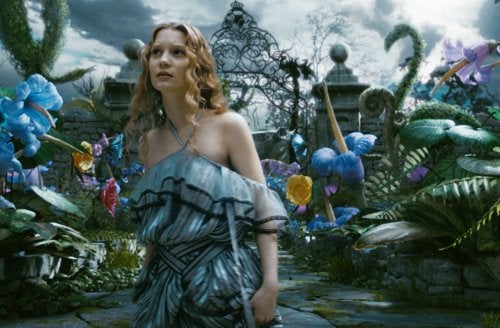 It was a very, very good weekend for Disney.

In addition to its record breaking domestic take, the studio’s "Alice in Wonderland" dominated the worldwide box office over the weekend, grossing $94 million at 5,600 locations in 40 territories. That brings the total opening weekend gross for the latest Tim Burton and Johnny Depp collaboration to over $210 million.

That’s an impressive haul for a film that received mostly negative reviews and was plagued by public fights between the studio and foreign distributors over a decision to abbreviate the film’s theatrical release window.

In addition to sliding into "Avatar"s’ slot in many of the 3D screens across the globe, the reimagining of Lewis Carroll’s classic displaced James Cameron’s sci-fi opus as the number one film at the worldwide box office after an 11-week reign. "Avatar" still managed to net $21.7 million, bringing its total gross to $1.9 billion.

Rounding out the weekend’s overseas’s top five were Fox’s "Percy Jackson & The Olympians: The Lightening Thief" and Warner Brothers’ "Valentine’s Day." "Percy Jackson" earned $9.3 million at over 5,000 screens in 64 territories. The family film has now earned $110.6 million. "Valentine’s Day" made $5 million from 3,700 screens in 59 countries. The ensemble romance has now grossed $96 million in foreign markets.