Disney officials must have thought they had inadvertently “fed their head” at the domestic box office Friday. But if the scale of their opening box office receipts for the Tim Burton directed 3D adaptation of “Alice in Wonderland” seemed, well, 10 feet tall to them, they weren’t hallucinating.

The $200 film, which stars Johnny Depp, Anne Hathaway and Helena Bonham Carter, got off to the best start for a January-March release in North American box-office history, grossing $39.4 million on its first day, according to studio estimates.

It’s pacing to finish the three-day weekend period with nearly $110 million – an astounding figure, considering Disney officials were reluctant to predict even a $70 opening going into the weekend.

The biggest first-quarter start was established over a five-day weekend period in February 2004 by Mel Gibson’s "The Passion of the Christ," which debuted to $83.8 million. 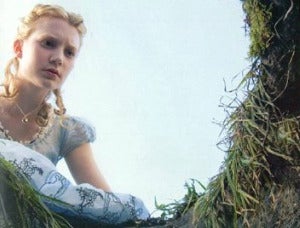 Opening in 3,728 theaters, which includes 188 IMAX 3D engagements, “Alice” will easily best the opening weekend of the highest grossing movie of all time, “Avatar,” which bowed to $77 million in December.

The PG-rated “Alice” has the family audience pretty much to itself this weekend, with only one other picture coming out wide, the Overture-distributed, Antoine Fuqua-directed “Brooklyn’s Finest,” which exceeded pre-release expectations of its own with a $4.7 million Friday.

It’s on pace to finish the weekend with about $14 million — Overture had predicted an opening weekend of under $10 million.

And despite losing the bulk of its 3D exhibition to “Alice,” Fox’s “Avatar” only dropped 38 percent to $2 milion.

Thursday preview:
When it emerges from the rabbit hole of this upcoming weekend, Disney could have one of the biggest early-year openings in box office history.
Pre-release tracking for its $200 million, the Tim Burton-directed 3D adaptation of the Lewis Carroll children’s classic “Alice in Wonderland” suggests it will gross well over $100 million in worldwide ticket sales this weekend, with the North American market picked to generate anywhere from $70 million to $90 million (although Disney’s own projections are more conservative than that).
“They’re going to get the benefit of that up-charge for 3D,” said one rival-studio distribution official. “That’s an average of anywhere from $3 to $4 per ticket.”
The biggest three-day domestic opening for a March weekend was rendered in 2006 by Warner’s “300,” which debuted to $70.9 million.
The biggest ever North American first-quarter start belongs to Mel Gibson’s “The Passion of the Christ,” which generated $83.8 million during five-day weekend period in February 2004.
Starring Johnny Depp alongside Helena Bonham Carter and Anne Hathaway, “Alice” will open in 3,720 locations, 2,063 of which will offer the film in 3D. Also included in that tally are 188 IMAX 3D locations, which are switching over from a nearly three-month record-breaking engagement with James Cameron’s “Avatar.”
The PG-rated "Alice" should have the family audience pretty much to itself, with the only other wide opener this weekend being the Overture-distributed, Antoine Fuqua-directed “Brooklyn’s Finest,” an R-rated offering in the thematic tradition of the filmmaker’s highly acclaimed “Training Day.” “Brooklyn’s Finest” is opening in 1,936 locations.
Disney distribution chief Chuck Viane declined to predict any records for “Alice,” but added, “No matter where it opens, we know it’s going to be huge. The tracking suggests that this is a four-quadrant film that people are interested in seeing."
Among 40 international territories that the film will open in day and date with its domestic release, “Alice” is expected to perform particularly well in the U.K., given that it’s the home to author “Carroll,” was well as Burton and Bonham Carter, among other talent.
Disney has managed to get all U.K.-based exhibition partners onboard with the launch, despite earlier threatened boycotts, part of a kerfuffle that stemmed from the studio shortening the “Alice’s” theatrical release window to just 12 weeks.
Pre-release tracking metrics including awareness and intent-to-see-the-movie are rating high, despite the fact that Disney still hasn’t named a new head of marketing under studio head Rich Ross — and also despite reviews for “Alice” that have been lukewarm. Critics aggregator Rotten Tomatoes gave the film a 58 percent “fresh” score as of Thursday afternoon. 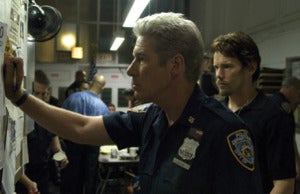 As for “Brooklyn’s Finest,” Overture is hoping for a gross of just under $10 million, an outcome that would work out well for the studio, given that it paid just under $3 million to acquire U.S. distribution rights for the movie from Avi Lerner’s Millennium Films.
Shot for around $25 million, the cop character drama stars Ethan Hawke, Richard Gere and Don Cheadle.
“Wesley Snipes is also in it and he’s terrific,” noted Overture distribution chief Kyle Davies.
Still, if reviews are any indication — “Brooklyn’s Finest” has a 33 percent fresh score on Rotten Tomatoes — Snipes’ performance is not in the same league as, say, Denzel Washington’s Oscar-winning take as cop-turned-crook Alonzo in 2001’s “Training Day,” which generated Fuqua’s biggest opening ($22.6 million).
Meanwhile, “Brooklyn’s Finest” will have plenty of R-rated holdover competition.
For one, Paramount’s Martin Scorsese-directed “Shutter Island” should gross over $10 million this weekend, after topping the domestic market in its first two weeks of release.
Warner buddy comedy “Cop Out” will probably decline more than 50 percent from an opening-week gross of $18.2 million, but could still hit the $10 million mark.
And Overture’s own holdover, George A. Romero horror remake “The Crazies,” comes off solid reviews, as well as an over-performing first week gross of $16.1 million.
Then, outside of the R-rated realm, there’s still “Avatar,” which still has about 660 3D locations entering its 12thweekend of release. The Fox release is closing in on $2.6 billion in global box office.
x
Looks like you're enjoying reading