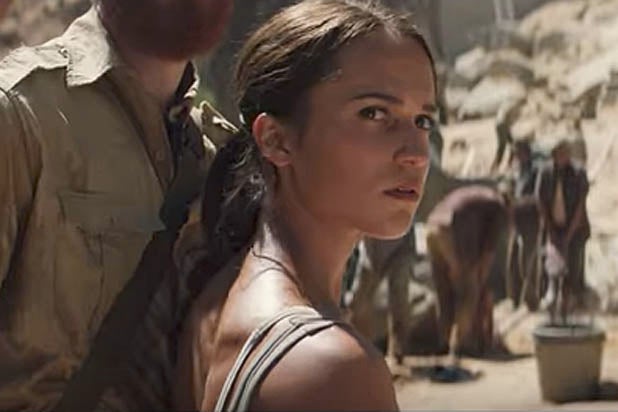 Alicia Vikander is certifiably kick-ass in her new role as Lara Croft, but the “Tomb Raider” star admits there are some things she can’t do — such as curling.

The Swedish actress was inspired to try her hand at the stone-sliding sport after watching the success of Sweden’s teams over the years.

“When we were doing well, I was like, I need to learn about curling. I didn’t know anything about it. And then I was totally watching the finals. One year I had to set my alarm to watch the finals at 2 a.m,” Vikander told USAToday.com.

Also Read: PyeongChang Flames Out as Least-Watched Winter Olympics Ever

While the Swedish men’s team took home silver medals from PyeongChang this week after their road to gold was blocked by the U.S. and the Miracurl on Ice, Vikander didn’t fare so well.

“I was like Bambi on the ice, I fell over a lot,” she said. “And I always ended up smashing [the curling rock] against the wall. It’s so delicate, the amount of force required.”

There is one pretty good consolation: Vikander mastered martial arts and gained 12 pounds of muscle to play Croft in the latest “Tomb Raider,” having taken over the role from Angelina Jolie.