In new photos for Fox’s “Alien: Covenant,” we see Michael Fassbender in his dual roles as well as a gruesome-looking Neomorph.

The images, exclusive to Empire, tease the new film in the franchise that is set for a release on May 19.

In the first image, we see Fassbender’s android standing above the Engineer’s planet, unleashing pods previously seen in “Prometheus” as well as a trailer for “Covenant.” The second image shows Walter, which, according to Empire, appears to be a flashback with Weyland Industries CEO Peter Weyland.

The third image shows a hideous-looking Neomorph, divulging what looks to be a bloody carcass. In the Empire issue for “Covenant,” screenwriter John Logan said that Neomorphs were inspired by director Ridley Scott‘s “fondness for nature documentaries on living nightmares.”

“Some of those nature videos are so stomach-churning that they don’t pay me enough to watch them,” Logan told the magazine. “But Ridley will see something to do with insects swarming, for example, which eventually finds its way into a movie. Usually there’s some sort of grotesqueness we find interesting.”

The film follows the crew of The Covenant, a long-range space craft that is being used for the first large scale colonization mission in Earth’s history.

The crew arrives on an alien planet, only to discover that they are not the first humans to have set foot here.

See the new photos below, and check out Empire’s full spread on newsstands now. 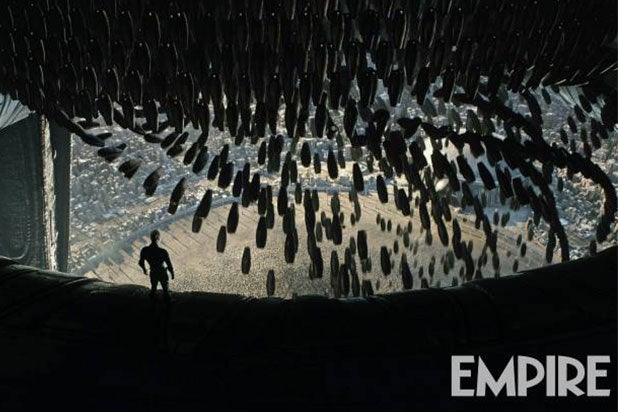 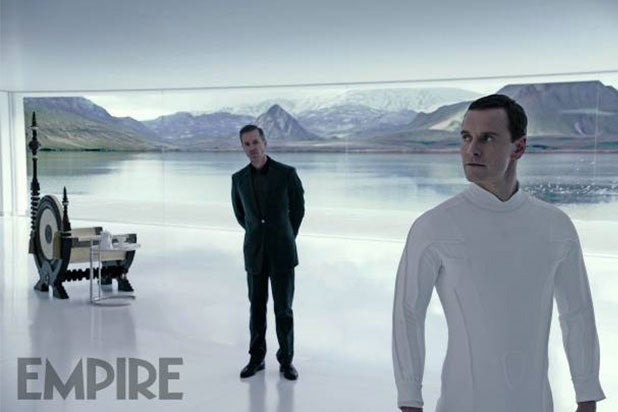 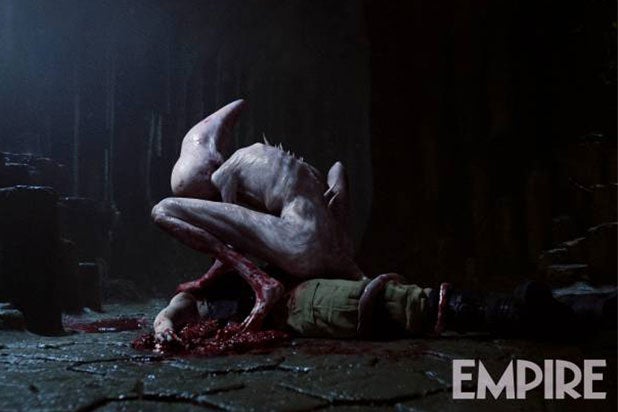