The fourth “Alien” film, “Alien: Resurrection,” is an odd film in the franchise owed to its combination of writer (Joss Whedon) and director (“Amelie” filmmaker Jean-Pierre Jeunet). The two’s differing sensibilities don’t quite gel in a story that finds Sigourney Weaver’s Ripley resurrected with xenomorph DNA and kinda-sorta making out with a newborn xenomorph alien hybrid. Whedon has been candid in the past about saying how he felt the production didn’t do his script justice, and now Jeunet is speaking up — and he doesn’t much care for the kinds of movies Whedon makes anyway.

As part of a 25th anniversary interview with The Independent, Jeunet acknowledged he’d seen what Whedon said about “Alien: Resurrection” and that Whedon’s version of the movie likely would have been a bigger financial success (the film debuted behind “Flubber” at the box office) – although not something, creatively, that the French filmmaker finds interesting. 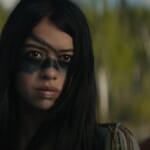 Back in 2005, Whedon went public with his displeasure with how the film turned out.

The filmmaker continued, “It wasn’t so much that they’d changed the script; it’s that they just executed it in such a ghastly fashion as to render it almost unwatchable.”

At the time of the release of “Alien: Resurrection” in 1997, Whedon was a top script doctor in Hollywood and had worked on blockbusters like “Speed” and “Twister” but was looking to make a mark of his own with his TV series “Buffy the Vampire Slayer.” He would, of course, eventually go on to write and direct Marvel’s first two massively successful “Avengers” movies and spearhead reshoots on Warner Bros.’ 2017 “Justice League” film.

As for the “Alien” franchise, Jeunet says in the anniversary interview that “Alien 3” director David Fincher called to warn him when he first signed on. “When I arrived, David called me and said, ‘Give up! Go back to Paris! ‘Alien 3’ was a nightmare!’” he said with a laugh.

But during production, Jeunet says he had “almost total freedom,” and upon revisiting the movie recently, he had a candid assessment. 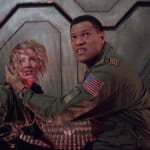