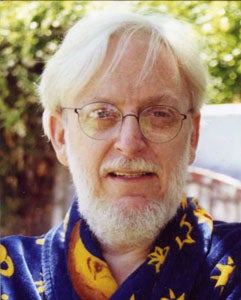 Dan O’Bannon, a screenwriter and director who left his indelible imprint on the science fiction genre, has died of an undisclosed illness. He was 63 years old.

He may never have been a household name, but even the most casual moviegoer knew O’Bannon’s work.

In a career that spanned nearly four decades, O’Bannon wrote the scripts for such films as "Total Recall" and "Alien," in which he created a vision of the future that was often sleek, regimented and ultimately dystopic.

"With ‘Alien,’ I figured out quite simply that, as an audience member, what you don’t see scares you more than what you see," O’Bannon said of his approach to the film classic. "In horror films, the scares that really grab the audience and build the tension for them don’t come from the monster jumping out of the shadows. The terror comes from the slow times in between those payoff scenes in which the characters are talking and planning — waiting for something to jump out at them."

He also tried his hand at directing. O’Bannon’s most notable stint in the director’s chair was "Return of the Living Dead," a zombie satire with a pounding punk rock soundtrack featuring the likes of The Cramps and SSQ.

O’Bannon got his start at USC film school, where he befriended director John Carpenter. The two collaborated on "Dark Star," a space comedy that O’Bannon wrote, edited and starred in, while Carpenter handled directing duties. "Dark Star" didn’t make much of a stir at the box office, but its far-out plot made it a cult favorite and put its creators on Hollywood’s radar.

In addition to his work on "Alien" and "Recall," O’Bannon further cemented his geek bona fides by working on the special effects for "Star Wars."

He was rumored to be working on a script for an "Alien" prequel at the time of his death.